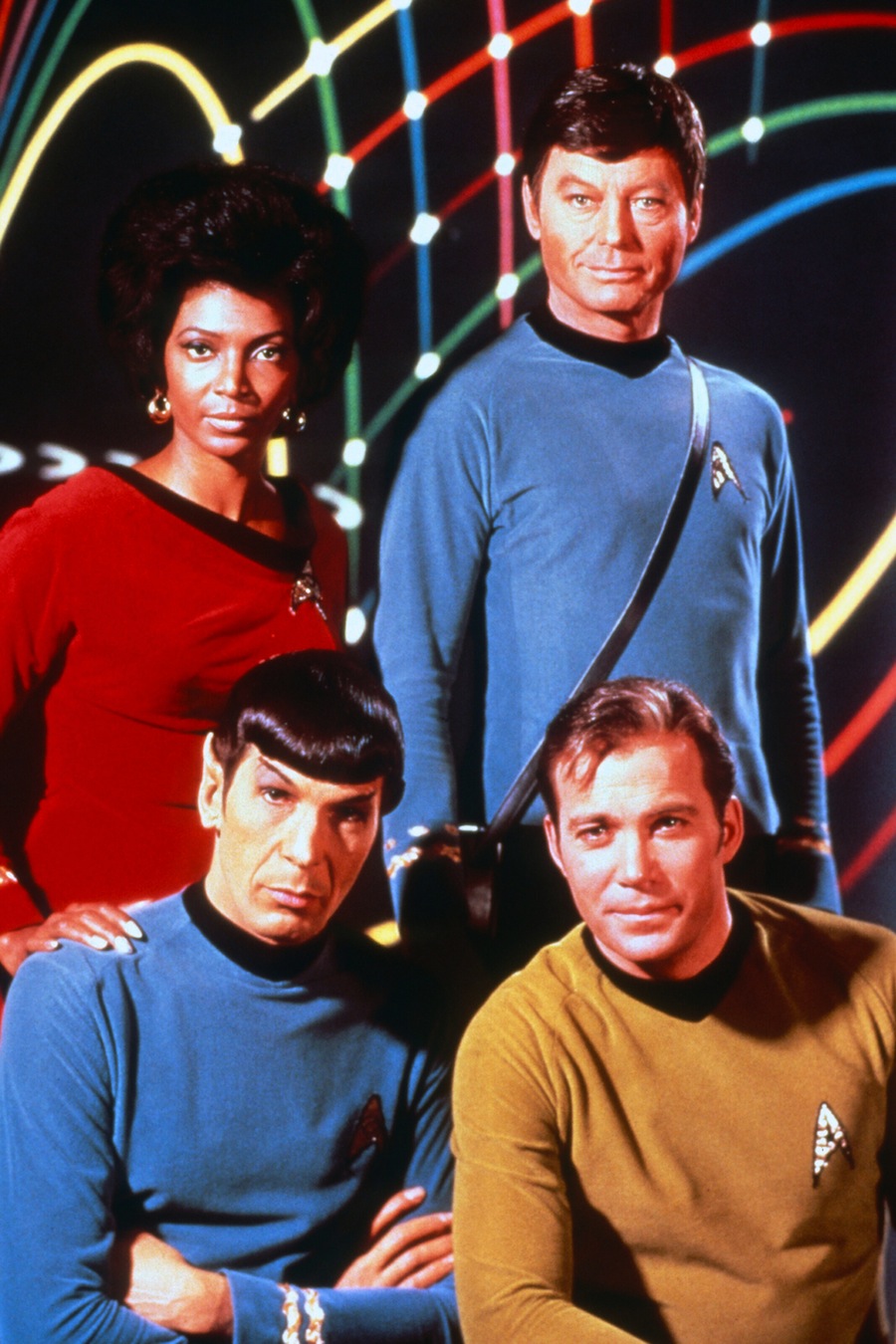 Oh "Star Trek", it feels like you’ve been away for ages. In fact, it has been 10 years since a "Star Trek" series has graced televisions’s airwaves with visions of a future that involve warp speed, boldly going where no man (or no one, as Star Trek VI stated correctly) has gone before, and Holodecks that allow people to imagine themselves existing in any time or place other than the Star Trek Universe. Oh sure, every couple of years we get a rebooted effort from the mind of J.J. Abrams, and while that is all well and good (and slated to continue), it is not enough for us Trekkers who wish to be entertained on a weekly basis with stories of intergalactic diplomatic functions and Tribble infestations. Well, our lamentations have finally reached the ears of the power-brokers at CBS, who have just ordered a brand new series to be produced in 2017! This is a straight-to-series order as well, meaning that this is one journey into space that does not require a pilot. (Hold for applause.)

Nothing about the plot of the series has been revealed as of yet, but we do know that it is being spearheaded by Alex Kurtzman, one of the men responsible for writing and producing the Abrams cinematic reboots. Does this mean that the new series will take place in the alternate Trek-verse established in the recent films? For those of you that are not hip enough to be a square like me, the recent films broke off from the mammoth-yet-shaky continuity of the original films and television shows by engaging in some fancy time-traveling shenanigans that placed the likes of Captain Kirk, Mr. Spock, and Señor Bones on paths that, while ultimately different, still led them to the bridge of the U.S.S. Enterprise.

I would be sort of ok with this, as I enjoyed 2009’s Star Trek and thought it was a fairly clever way to seek out new storylines and new civilizations while still being guided by familiar characters. However, I am also of the mind that the new films (we’re getting Star Trek Beyond next summer and presumably another film in 2019) have their own unique little playground to mess about in, and should, perhaps, be kept separate from any televised endeavors, as there are plenty of things that they could do with the original universe that fans would chomp at the bit to see.

For awhile, there was rumor of a "Star Trek: Captain Worf" show being in development, but I’m gonna double-down and predict that this show is 100% not happening. So for all of you Worf fans out there, if you really wanted to see a series of "Star Trek" episodes about Worf regaining his honor and trying to live as both a Klingon and a human, then just appease yourselves by watching every episode of "Trek" that ever centered around him instead.

One idea that has been bandied back and forth is a story that came from the minds of filmmakers Bryan Singer, Robert Meyer, and Christopher McQuarrie which took place hundreds of years after the likes of "Star Trek: The Next Generation" and saw the decay of the United Federation of Planets. "Star Trek: Federation" would’ve taken viewers on a journey to a time where the harmony and “perfection” of The Federation had been chipped away for many years until it was no more than just a ragged peace-keeping force doing its best to contain as many galactic skirmishes as it could. Eventually a threat so great presents itself that the Federation orders another Enterprise to be built to combat it.

I find Singer’s darker take on the world of Star Trek to be pretty damn interesting, but I don’t believe that’s what CBS and their digital outlet (CBS All Access will be the permanent home for this show) have in mind for this new series, as it does sort of contradict Gene Rodenberry’s vision of a perfect future in a way that sounds even more daring than what "Star Trek: Deep Space Nine" was criticized for doing during it’s run (big war). Well, as much as a dozen seasons of a show where nothing happens ("Seinfeld in Space!") sounds incredibly interesting, I’m sure the powers-that-be realize, as every other "Trek" show and showrunner has, that conflict is the lifeblood of storytelling in general, and as such will give to us a show that can stand alongside the very best that "Star Trek" has offered to us in the past.