New Animated Film 'The Ice Dragon' to Be Based on George R.R. Martin Short Story! 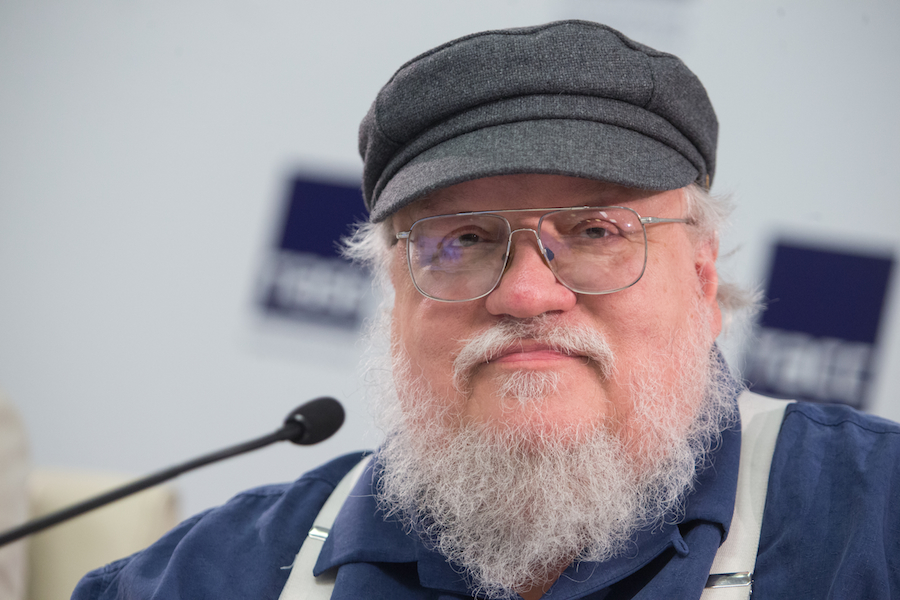 While George R.R. Martin is known by most for looking like a sea captain and writing the A Song of Ice and Fire series that HBO's “Game of Thrones” was once based on, it should be noted that he’s written a lot of different novels… Like, A LOT. One of which he’s looking to produce as an animated film. It’s called The Ice Dragon, and while it has nothing to do with the universe of ASOIAF, you can kind of check off a list of noticable similarities...

The Ice Dragon is a story of a young girl in a snowy, mythical kingdom (check) who finds friendship in an ice dragon (girl and dragon companion, check) while she mourns her mother’s death (and there’s the parental death twist, check). The book also deals with how the main character Adara was a born during one of the worst winters ever and because of that was not afraid of the ice dragon, which, according to legend, was feared because no man could tame one. They then set off on an adventure to save the world from destruction.

Being that story follows a young girl and it will be animated, it’s safe to say this will be more aimed for kids rather than the raunchy orgy of boobs and blood that is the “Game of Thrones” series, but the original 1980 was meant for adults, so who knows; this could be an animated feature in the vein of something like 1983's (appropriately titled) Fire and Ice. I would honestly like to see this, but the question still lingers… will Martin ever finish the novels of his flagship series, or with more and more Hollywood projects coming his way, is he done with it?

The Ice Dragon has no release date, casting news, or director. This is as hot off the press as it can get, folks.