Netflix's "The Irregulars" Brings a Supernatural Twist to the Sherlock Holmes Universe! 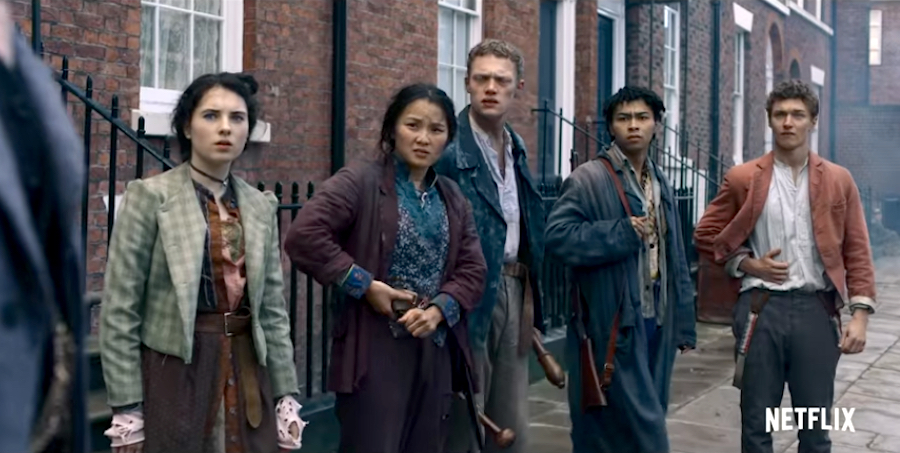 We’re all familiar with the iconic detective Sherlock Holmes through portrayals from the likes of Benedict Cumberbatch,Robert Downey Jr., and, most recently,Henry Cavill. Each adaptation gave us a new perspective on the detective and even introduced us to characters like Enola Holmes. Netflix’s latest series, “The Irregulars”, introduces us to a new generation of detectives with a supernatural twist.

“The Irregulars” is based on the Baker Street Irregulars, street kids who turn into bonafide informants who first appear in the Sherlock Holmes series novel, A Study of Scarlet. But details about young detectives' groups are not given through the books, which is where the series comes into play, providing viewers with a proper origin story to these characters.

They're bankrolled by Sherlock and Watson to solve supernatural crimes.

For anyone who loves shows where a group of misfits team up to take down the forces of darkness, The Irregulars is now on Netflix!pic.twitter.com/5XatA0e71C

The group of teens is led by the determined and resourceful Bea (Thaddea Graham) and her younger sister Jessie (Darci Shaw), who we learn early on in the series experiences frightening and vivid nightmares. The Irregulars also consists of Billy (Jojo Macari) and Spike (McKell David), who are long-time friends of the sisters, and Leopold (Harrison Osterfield), who is a prince that struggles with hemophilia but does not let that stop him from helping the group.

While Sherlock Holmes and his partner John Watson are not the main focus of this series, they do appear but as side characters passing down the baton to the group of teens. Watson (Royce Pierreson) is the one to seek out help from Bea and the rest of the group because Jessie’s nightmares are a vital resource in understanding the supernatural events happening in London (but Bea did not know that at first). But as viewers notice, The Irregulars do not really need much help when trying to solve mysteries because they each bring their qualities to the table. The show also encapsulates the meaning of teamwork, as the group does not function without one another and lean on each other when times get tough.

“The Irregulars” is a fresh take on the Sherlock Holmes universe and when you add supernatural adventures to the mix, you are surely in for a wild ride. The series is available to stream now on Netflix!