Netflix's 'Set It Up' Is The Modern Rom-Com We All Need In Our Lives! 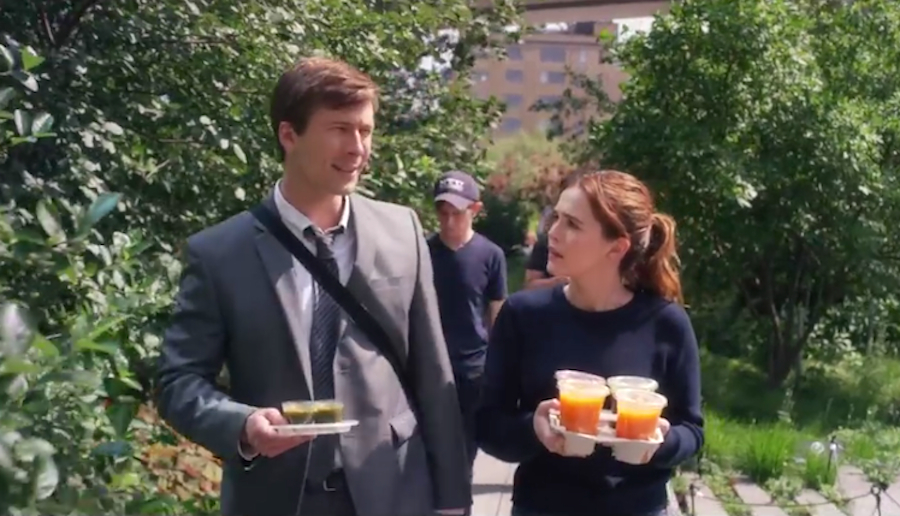 Netflix has been on a roll with the rom-coms lately, from The Kissing Booth to Alex Strangelove, and their next one looks to be the funniest and zaniest of all.

Set It Up, out today (June 15), looks like it is following in the footsteps of other classic romantic comedies, with a crazy plot that leaves room for a lot of mishaps and, of course, a lot of love. In Set It Up, two assistants, played by Zoey Deutch and Glen Powell, devise a hair-brained scheme to make their bosses fall in love with each other. They figure that, if their bosses are busy falling in love, they’ll have less time to bother their devoted but exhausted assistants. Along the way, these two assistants become friends... and maybe something more. It will for sure all play out in a funny and hopefully unexpected way.

Zoey Deutch is taking Hollywood by storm — she was recently in Flower and co-produced and starred in The Year of Spectacular Men -- and she shows no sign of slowing down. You might recognize Glen Powell from his lovable portrayal of John Glenn in Hidden Figures, the astronaut who supported Taraji P. Henson’s character’s expertise and helped America reach the Moon.

Lucy Liu and Taye Diggs, two iconic stars, play the demanding bosses set on giving their assistants’ plenty of trouble. It looks like love, as well as some drama, could be in store for these two. The supporting characters are exciting too — SNL's Pete Davidson and "Unbreakable Kimmy Schmidt" star Tituss Burgess co-star. The trailer doesn’t give too much away about these characters but you can bet these comedy pros will have some great lines in there. Set It Up was written by Katie Silberman and directed by Claire Scanlon (who’s directed episodes of “Unbreakable Kimmy Schmidt”) and it’s always exciting to see women working behind the scenes.

Check out the trailer and don’t forget to hop onto Netflix TODAY to watch this lovable modern rom-com!