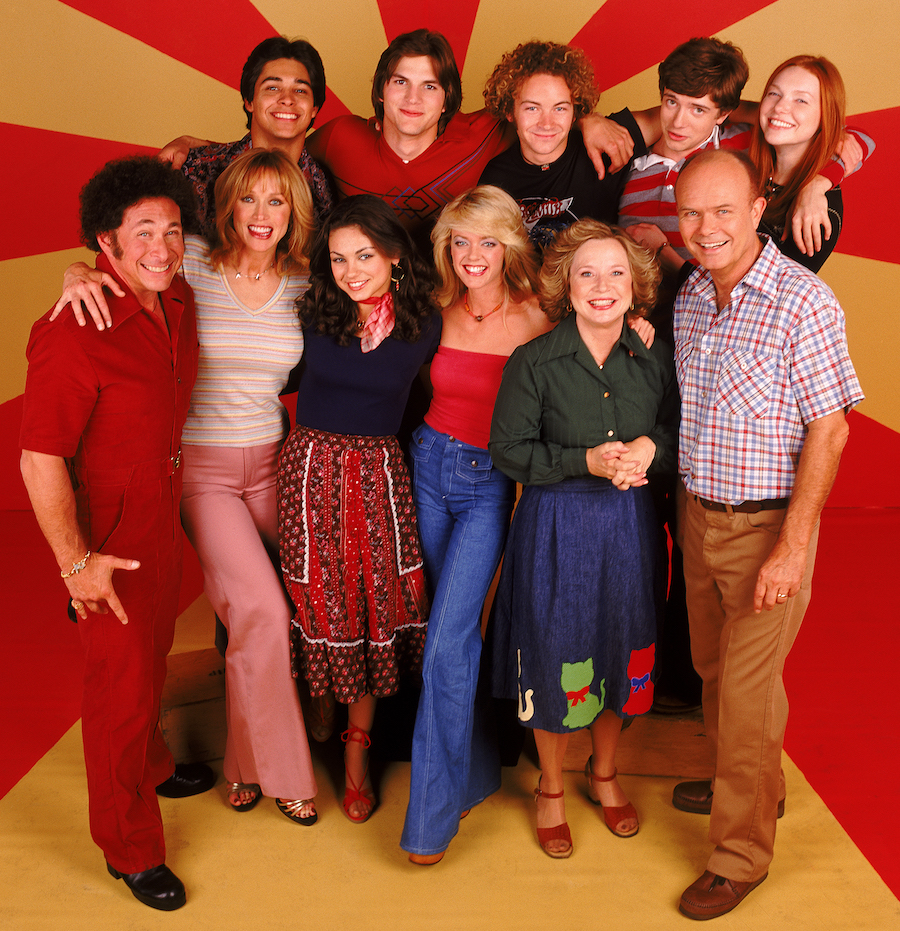 Oh, snap! Netflix is saying peace out to bellbottoms and long flowing hair and “Sup!” to grunge music and the birth of the World Wide Web, as the streamer announced a spinoff of "That ‘70s Show" bringing most of the original cast back for a new series, “That ‘90s Show”!

The spinoff will flash-forward 15 years where the original show left off, bringing new viewers and fans of the original alike to 1995, Point Place, Wisconsin. A show about the mid-'90s? We’re, like, so totally here for all the nostalgic catchphrases, fashion, and music! So, here’s the 411 on what we know of the new series...

Previous fans of the show will notice that one member of the gang will be absent in the spinoff. Danny Masterson, who played Steven Hyde on the original show, is currently standing trial for sexual assault allegations.

“That ‘90s Show” will introduce us to Leila Forman, granddaughter of Red and Kitty and daughter of Eric and Donna, as she travels to Wisconsin for the Summer to stay with her grandparents and navigate life being a teen while bonding with the next generation of faces of Point Place.

The brand new look comes with a brand new cast of characters: Callie Haverda as Leia Forman, smart and witty like her father and in search for adventure but not sure where to start. Luckily, she finds friendship in the Formans' next-door neighbor and unofficial leader of the Point Place kids, Gwen, played by Ashely Aufderheide. Mace Cornel plays Jay, the film buff, charming and flirty but doesn’t come out right. Jay’s best friend is Nate, played by Maxwell Acce Donovan, who's the total opposite from his sister Gwen -- he takes life as it comes and rides the wave. Rounding out the cast is Ozzie, played by Reyn Doi, who is insightful, sarcastic, and older beyond his years and serving us LGBT representation. Finally, Sam Morelos as Nikki serves as the smart and driven member of the group and girlfriend to Nate.

Netflix has ordered 10 episodes for the first season. The new spinoff will include original producers and creators Bonnie Turner and Terry Turner along with their daughter Lindsey Turner as writers and executive producers. The new series will debut sometime later this year.