Netflix's "A Series of Unfortunate Events" Review: A Book-Reader's Perspective 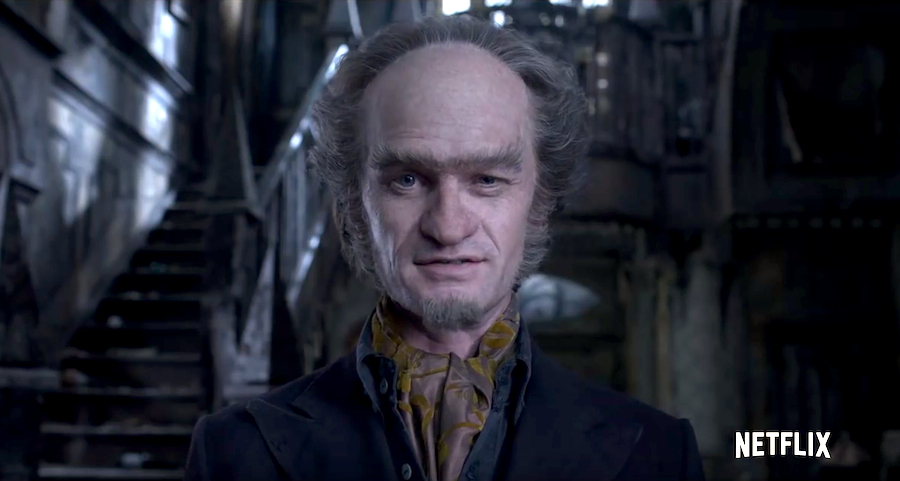 It is with deepest regret and dismay that I write this to you all; the story of the Baudelaire children and the cruel Count Olaf is one of terror and sadness. And binge-watching all eight episodes of Netflix’s "A Series of Unfortunate Events" had me weeping from sadness and utter amazement at the masterpiece the series has been adapted into.

Oops. It seems that I have fallen out of character. "A Series of Unfortunate Events" on Netflix, adapted from the children’s novel written by Lemony Snicket, is brilliant! The series is able to not only stay true to the book series but also adapt new elements to enhance the storytelling. This is made possible by Daniel Handler, who serves as the shows writer and is the mind behind Lemony Snicket (Handler’s pen name) himself.

But do not take the wonderful storytelling and beautiful cinematography lightly; the tale of the Baudelaires is, and always will be, an unhappy ending. As Lemony Snicket shares with the audience, both in the book and the series, the Baudelaires become orphans after their parents "perished (a word here meaning killed)” in a fire and are sent to live with a horrible and despicable man named Count Olaf, whose main concern is the Baudelaire fortune.

As we know, this series is not the first visual interpretation of the beloved book series. In 2004, Lemony Snicket’s A Series of Unfortunate Events was released and gave us our first taste of the nasty and disgusting Count Olaf.

Jim Carrey gave an amazing portrayal of the dark and sinister Count Olaf and truly brought the character to life. The movie had great casting overall, but the film itself had mixed reviews. They smashed together the first three books of the series into one movie, which didn’t allow much room for true story development as the books did so wonderfully. This is always an issue when adapting a book into a movie, but Neflix was able to learn and fix a few mistakes that the film made. The first eight episodes in Season 1 encompasses the first four books of the series, giving each book a Part 1 and Part 2, essentially; each book gets its deserved story to tell.

One aspect of the Netflix series that the movie merely touched upon was making Lemony Snicket, the author, an involved character in the series. Casting Patrick Warburton as Lemony Snicket was icing on the cake. This not only stayed true to the book but also creates subplots that adds to the overarching conspiracy behind the series. #VFD

Speaking of V.F.D., there are so many fun easter eggs in the Netflix series for the readers. One of them being the recurring VFD eye logo found on the object Klaus found in their house after the fire. This adds a little something for the readers that unfortunately didn’t come up much in the movie.

Neil Patrick Harris does an impeccable job portraying Count Olaf, even held against the strong performance given by Carrey in the movie version. Although NPH will always be Barney Stinson in my heart, he plays dark, sarcastic, and outrageously despicable well. And he even gets to use his Broadway voice throughout the series.

Check out the theme song!

As well as the series was able to stay true to the book series, they were also able to adapt different ideas to fully immerse the audience into the story without compromising the overall tone or affecting canon events. For instance, the scenes that have “Mother” and “Father” (as credited in the series) were never touched upon in the books. Nevertheless, this works in the series to give the audience more insight into the backstory, which only make sense in movies and television. Also, they are played by Will Arnett and Cobie Smulders, who are such great additions to any project.

Another nice added touch is the character named Jacqueline, who is no where to be found in the books but serves a great purpose in the Netflix series as almost like a guardian angel for the Baudelaires, and is perhaps the reason that the children's luck turns for the better. The introduction of her character gives us yet another perspective for the overall story.

Season 2 of "A Series of Unfortunate Events" is already greenlit, and I couldn’t be more excited! One key and crucial part of the success of the series is the target audience that caters to multiple age brackets. There’s no doubt that many fans of the book series and original movie are in their twenty-somethings, but it also caters to children now who are at the reading level of the original novels. They even use vocabulary words and teach the meanings to the audience, so the learning experience for children is there. Because the story is a little dark, the series can cater to adults who are looking for more than a typical happy ending. The series was able to tell a sad and dark story without going over the edge. It speaks of the story's broad appeal when I tell you that I binge-watched the series with both my 11-year-old brother and my mom.

I’ve never been more happy to see how a sad story unfolds but beneath the tragic tale of the Baudelaire children is a secret left to be untold, and thanks to Lemony Snicket for volunteering his time to sharing their story.

You can binge season one of "A Series of Unfortunate Events" on Neflix now!