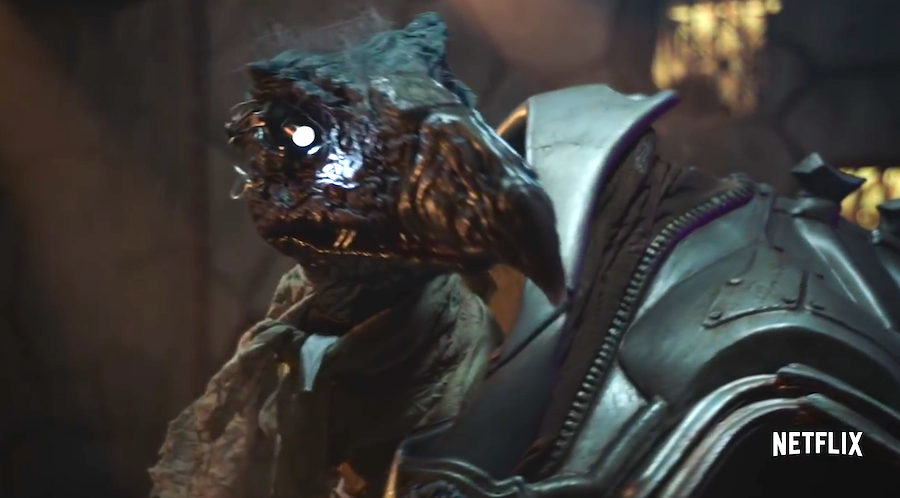 Netflix has not failed me yet, and now the streaming service has promised to bring a prequel series to a movie I love called The Dark Crystal by The Jim Henson Company. The all-puppet high fantasy film was created by Muppet maker Jim Henson in 1982 but until now had yet to spawn any film sequels or prequels, which is odd because the movie made money, is considered a cult classic, and had a very well-established mystical adventure world. Finally, Netflix has seen the potential in this property and is bringing it to fruition with “Dark Crystal: Age of Resistance". Check out the teaser trailer below!

I won’t lie, at first I thought this was a making-of series for the original movie, as Dark Crystal in itself is a huge technical feat in puppetry and took hard work from a lot of people to make it happen. It has been confirmed, however, that this will be a 10-episode prequel to the original fantasy adventure and will keep with the Henson art of puppetry (thank God), because seriously, if they didn’t use puppets, it would take a lot away. No release date has been announced at this time, but I would speculate for us all to be prepared to wait a while for this one since there can be a drawback in time usage when working with puppets on this level.

Some of you may be wondering what in the heck I’m talking about, though, in regards to this movie. The '80s seemed to be an odd time for the Henson Company, as they made high-fantasy worlds like the ones we see in The Dark Crystal and in Labyrinth. Along with these worlds came the dark fantasy of Henson, and while Labyrinth has been known to scare some kids, it’s safe to say that The Dark Crystal has a tendency to scare children as well as confusing them.

The story isn’t crazy hard to follow, but there are aspects of it that really rely on the audience's intelligence and attention span to understand what’s going on, which is something children normally lack. The story takes place 1,000 years after the Dark Crystal is cracked on a planet called Thra. A race of elf-like creatures called the Gelfling seem to be all but wiped out, and now the world is under the rule of the evil Skeksis, who use the Dark Crystal to keep themselves alive and in power. On the other side, Thra is mostly observed by the Skeksis other halves, called the Mystics, an equal-sized race of kind wizards. The last of the Gelfings, a boy named Jen, is tasked by the Mystics to heal the Dark Crystal and to put an end to the Skeksis rule. From there, what ensues is adventure… and puppets bleeding because this wouldn’t get dark if not.

The story is sort of similar to Star Wars and even feels like an earlier draft of it, but with more fantasy than science fiction. It gets more complicated after that, and even includes some trippy stuff about spirituality, and overall it’s just an awesome movie. Hopefully “Dark Crystal: Age of Resistance” gives fans more than the Star Wars prequels did and can be enjoyed again and again just like its film predecessor:

Dark Crystal is no longer streaming on Netflix at the moment (though we expect it to be re-added soon to hype up the prequel), but if you’re interested, somebody kindly posted it to YouTube just for you: