Netflix Pushes The Envelope With Original Film 'Look Who's Back' 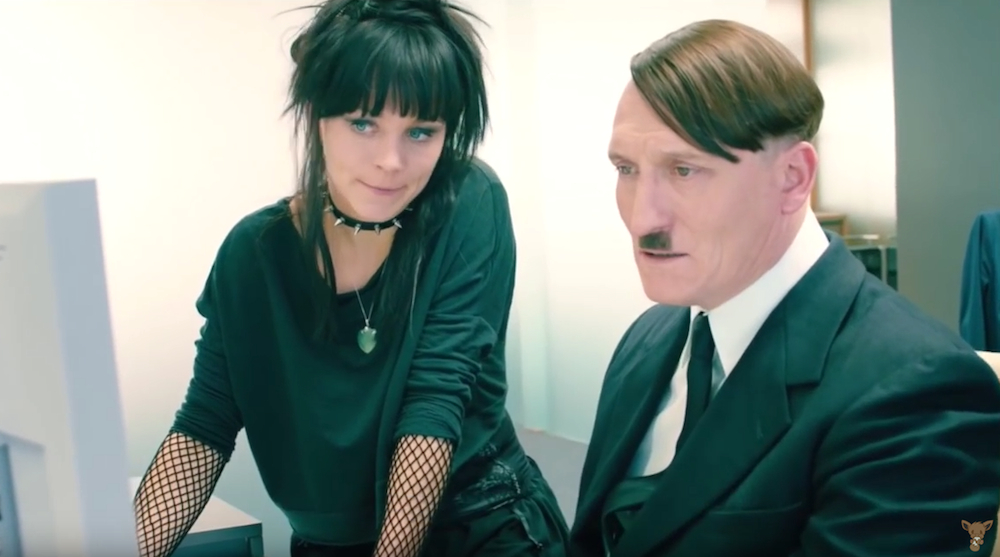 Netflix isn’t one known for sparking controversy, aside from completely changing the streaming game, but it recently has in some countries and maybe even America after announceing that it has picked up a comedy film which features Adolf Hitler as the comedic protagonist. If I haven’t lost you yet on the word “protagonist” (or "comedic"), then let’s see what I can tell you about it...

The German-language film directed by David Wnendt is entitled Look Who’s Back (AKA Er Ist Wieder Da), based on a novel of the same name by author Timur Vermes. Both the book and movie imagine if Hitler suddenly woke up in the bunker he allegedly committed suicide in 70 years ago (basically what they did with The Brady Bunch movie twenty years ago). Waking up, Hitler is now acclimated into modern Germany’s multi-cultural society… in other words, his greatest fear. He overcomes these terrors and is actually well-received in his home country, even becoming a television star, but only after people largely mistake him for being a famous and beloved comedian. Still sounds like it's Hitler’s nightmare, but he did like Charlie Chaplin enough to steal his mustache.

Something deeper that I hope is addressed in the film too is the fact that everybody he knew is dead, including his longtime girlfriend/short-time wife (suicide can end things quick, right?) Eva Braun. Something I do know that comes with Look Who’s Back is the Borat feel of it. Wnendt and producers were said to work very hard to place the unknown German actor Oliver Masucci into real-world situations dressed as Hitler and just let the camera roll. I’m pretty excited to see the reactions people have of a reanimated Hitler wandering their streets again.

The news of this foreign film adventure for Netflix comes at a time when the company has said they will start expanding into more foreign language countries this year. 130 new countries and counting, to be not exact. Of these, a few of them will not be streaming Look Who’s Back, including Germany. But here and in America, we don’t care, so look out for this Hitler comedy to hit Netflix on April 9!