Netflix & Amazon Branching Out Into the Movie-Making Game 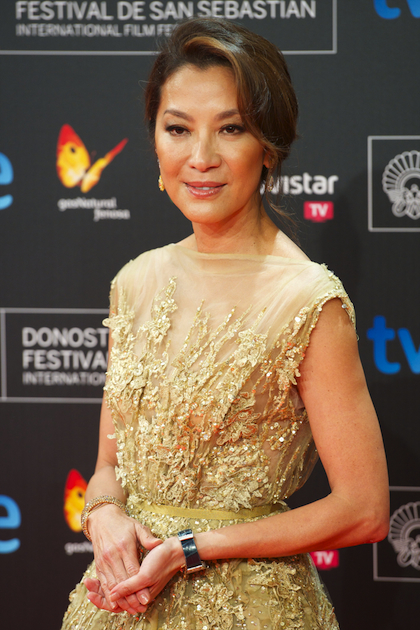 Netflix and Amazon are about to change everything… AGAIN!

The popular streaming services have become known for completely revolutionizing the way we watch TV, with fairly quick updates for ongoing series and creating their own TV series content, like the very popular “Orange is the New Black” on Netflix and Amazon’s “Alpha House”. But Netflix and Amazon couldn’t settle on only changing TV -- now they both want to release movies differently too.

In case you haven’t heard about Netflix’s ventures into film, I can tell you that they’ve already begun. In fact, Netflix’s first feature film will have a premiere date of August 28, 2015, and will be ready for viewing simultaneously on Netflix and in IMAX theaters. Meaning, if your best friend has a Netflix account, then you can watch the movie for free! (Or pay and go to IMAX. Those theaters are pretty sweet.) It’ll be a nice experiment the first time around to see if they do what it is exactly that they set out to accomplish.

As for what the movie will actually be about -- Ever hear of a Chinese martial arts film directed by Ang Lee (Brokeback Mountain & Life of PI) entitled Crouching Tiger, Hidden Dragon? If not, check out this clip:

Yup, it’s THAT movie where everybody glides around and fights, which was nominated for ten Academy Awards. It’s awesome. Netflix has seen that there is a market for a sequel fifteen years later and is ready to introduce to the world Crouching Tiger, Hidden Dragon II: The Green Legend, with actress Michelle Yeoh returning in her starring role as Yu Shu Lien. (Crouching Tiger, Hidden Dragon is currently available for streaming on Netflix... obviously.)

At this stage of the game, Amazon has only announced that they will be entering the movie-making business, but as yet there is no word if they have any projects in the pipeline. One can assume, though, that if such a big company makes an announcement like this, then it would be smart on their part to have something to show for it, even if it’s still too early to release to the public. One thing is for certain -- with deals like this going on in streaming, movie theater profits could take a hit.

Most theaters charge between $8-$15 for a movie ticket, then throw in an extra $20 if you want some popcorn and a soda. If you can have new movies instantly streamed to your device, and won’t need to wait the usual 39-52 weeks after the theatrical release for it to start streaming (much less for the DVD release), and you can get a popcorn and a soda at almost any store where food is sold for a small fraction of the price movie theaters tend to charge. You can even make baked goods or cook a whole lasagna for the movie if you so desire. With this kind of instant streaming coming out from Netflix and Amazon, they may force movie theaters to change how they’re run, and we may see their prices drop.

In other Netflix related streaming news, the controversial-until-you-actually-see-it-yet-very funny comedy film The Interview starring Seth Rogen and James Franco will be available for streaming starting on Saturday, January 24. With it’s original forced wide internet release On Demand on such devices as Xbox Video, Crackle, and Amazon Prime, The Interview also showed the movie business that people will pay to watch new and big studio movies at home, as well as download them illegally more than any movie before.