It’s Not Too Late For Bryan Lee O’Malley's 'Seconds' 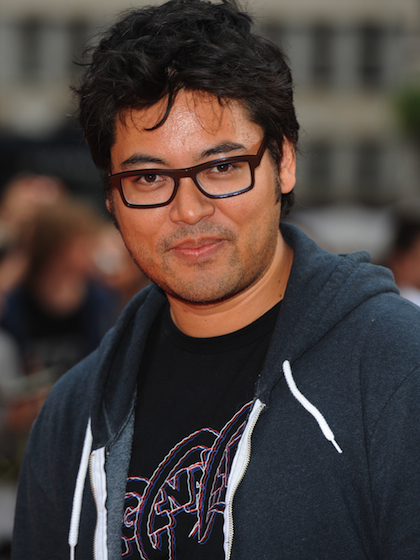 Bryan Lee O’Malley, creator of the popular graphic novel miniseries Scott Pilgrim (which also spawned the Edgar Wright movie Scott Pilgrim vs. the World), has cooked up another graphic novel for you to enjoy entitled Seconds. It came out in July, but I only just got to reading it, all the way through in one sitting! It was so good that, after my cousin’s dog ate my first copy, I went out and repurchased Seconds so that I could read it again.

But before I get into detailing you on what Seconds is about, I will tell you that, if you loved Scott Pilgrim (book, movie, or both), then you will love Seconds. If you didn’t like Scott Pilgrim and wanted nothing to do with it... well, I think you’ll still dig this work by O’Malley. It’s more grown up than Scott Pilgrim and has some interesting points in it for adults. Aside from the overall artwork, a few hidden background cameos by Scott Pilgrim characters, and one reused joke, there’s really nothing in Seconds that, if you had no idea the author was involved in Scott Pilgrim, would scream out that it’s without a doubt the same guy. With that said, let’s take a look what Seconds is about.

Seconds follows the story of a 29-year-old chef named Katie who works at a restaurant called Seconds, and is a much smarter protagonist than Scott Pilgrim. She started working at the restaurant as head chef after a gay couple enjoyed her cooking at another restaurant. As the book puts it, “They rolled the dice on Katie’s cooking.” It paid off, though, as Seconds is rated the best restaurant in the city, which, despite being unnamed, is probably Toronto, considering O’Malley’s Canadian background, the length of time he spent living there, and the prominence of the piles of snow on the ground. Katie is well-respected at her job but isn’t a part-owner of the restaurant. All of the regular customers know her and know that they’re eating her food, but she doesn’t make the money she feels she deserves. She even has to live in the room above the restaurant to help save up her funds. Her real goal is to one day own her own restaurant, which is what she is trying to do with her new business partner named Arthur.

Now, I’m sure you’re asking yourself, so what’s the interesting part in all of this? Well, Katie’s restaurant is also considered a house, and inside this house is a house spirit named Lis. Lis needs certain accommodations to be happy, or else she could make Katie’s life a living hell. Something else that Lis has are these red-capped magic mushrooms, which Katie discovers with a notepad that reads “My Mistakes”. Inside the notepad is a list of instructions: 1. Write your mistake. 2. Ingest one mushroom 3. Go to sleep. 4. Wake anew. (Events must occur on these premises.) So, Katie has found a way to try and fix her mistakes that have gotten her to this point. Does fixing her mistakes all work out? Hell no. What kind of a story would that be if everything was fixed that easily?

As the story progresses, we learn that Katie has a lot more personal problems than just her situation at Seconds. To combat all of these negative circumstances, Katie ends up completely abusing these mushrooms and only makes more problems for herself, which could actually happen with habitual mushroom escapism abuse in real life. But the story is about more than just taking mushrooms to fix your life choices. It’s more about how you are the sum of your decisions. You are every taken and missed opportunity. There’s always going to be something that you wish you did differently, but there’s a reason you made the choice you did. At the end of the day, what you choose is ultimately what was the best for you. If you decided to go back and change something, it will change you, because your choices are made by who you are; even if you ask somebody else for input and use their rationale to make that choice for you, because you are the one who asked that person for their discretion. When you go against the option you elected, you become somebody else, and you may not like that person.

Wow, that’s some pretty heavy existential stuff that O’Malley is trying to put out there. At times, it feels like he is Katie, and that perhaps he regrets making Scott Pilgrim a little bit. But considering he spent about six years on Scott Pilgrim, I don’t think that's the case, but he definitely had some issues with it. For example, the relationship between Katie and her boss, and Katie and the restaurant patrons makes it all seem a little bit like the film Scott Pilgrim vs. the World. The movie was based on his work, but considering he didn’t have any background in movies, he didn’t really get a say in the production, which makes sense the first go-around. He was a good figurehead to have around for fans of the comics to know that he was involved in some way, despite it being very limited. O’Malley may wish things went a little bit differently, but given the themes of Seconds, he probably wouldn’t have changed a thing.

At 323 pages, Seconds is a pretty easy read. I read it all in a single night and will be doing that again in the very near future. If you’re a fan of comics but hate waiting each month for a new issue, this will be perfect for you as well. It’s also got closure, so there’s no need to wait on a sequel. With this mature entry, I dare say that Bryan Lee O’Malley could become the Woody Allen of comic books, if Woody Allen made things with a Neil Gaiman-esque urban fantasy feel to it.

Go out and pick up Seconds today! Until you do, I’ll leave you with a clip from my one of my favorite parts from Scott Pilgrim vs. the World.

(This surprisingly happens to me at least once a month.)