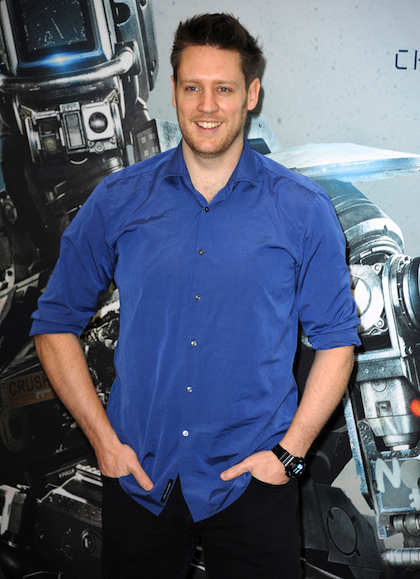 Neill Blomkamp, director of such films as District 9, Elysium, and the upcoming Chappie, has been tapped to helm the next entry in the Alien movie franchise. This announcement came on the heels of some conceptual designs that Blomkamp tweeted to the public just for the supposed hell of it. More likely, he and the powers-that-be were testing the waters, and when the reaction to those pics was mostly positive, a green light was only a matter of time. After the announcement, Blomkamp went on to further explain that his movie would not be a sequel to Prometheus but a continuation of the original Alien saga featuring Ellen Ripley. Naturally, when most people heard this, they assumed an Alien 5 was on the horizon. But when Blomkamp stated that his latest film would be more of a sequel to Aliens, and that the film would give Ripley a "proper" ending, fans began to wonder if Blomkamp was going to outright dismiss the 3rd and 4th Alien films completely.

Check out the concept art Blomkamp posted on Instagram below:

My own initial reaction was one of anger when I heard this. Alien 3is my favorite of the series, and to dismiss it completely in favor of a happy ending that sees Newt and Hicks still alive is another level of rubbish and pandering that I don’t even want to get into. Sure, Halloween 7 (H20) did the same thing (and somewhat successfully, if I might add) by disregarding every Halloween film after Halloween 2, but, if I may be so bold, none of the damn Halloween sequels hold a candle to Alien 3! Well, I eventually took a chill pill and woke up to discover that Mr. Blomkamp has clarified his earlier statements. According to the director, his new Alien is not intended to undo the 3rd and 4th film but is merely more of a "spiritual" sequel to both Alien and Aliens.

Okay, so, all ten of us who actually care about the 3rd Alien movie can breathe easier now. What Blomkamp is trying to do is to make a sequel that is more in line with the look, feel, and spirit of the first two Alien movies. That sounds like an okay idea, and even of they do bring Hicks & Newt back, which is hinted at with the inclusion of a scarred Hicks in the concept artwork, they could easily explain that away with the use of cloning, which came in very handy in Alien Resurrection. This, of course, begs the question, who would want to clone Hicks and Newt other than Ripley? And did they have to give Hicks his scars back that he got in Aliens? Was his scarring so deep that it reached a genetic level? Look, all nitpicking aside, I’m glad Blomkamp likes the first two moves and wants to pay tribute to them, but to say that the 3rd film didn’t contain the elements of its predecessors is up for debate, as I myself believe that Alien 3 contains a wonderful combination of the haunting dread from Alien and the excitement of Aliens. Again, I may just be jumping the gun, as the only thing that Mr. Blomkamp has said is that the he likes the first two films the best and wants to pay tribute to them. I guess fans like myself just get a little jumpy when somebody decides to tinker with the world that they love. So, what does this all mean in the end?

Well, to quote the late Private Hudson: “You tell me man, I only work here.”. I guess what I’m trying to say is that there are no answers, so everybody, including myself, can just relax and wait for more to be revealed. If Mr. Blomkamp is indeed a fan of the Alien series, then that’s great news, as he will hopefully take the passion that he has for those films and infuse his new move with it while bringing along some new and creative elements that we have yet to see or even imagine. There is nothing wrong with paying tribute to the films that you love by recreating a tone or visual style, and when it comes to visuals, Neil Blomkamp is in a class of his own. Let’s just hope that, at the end of the day, he has an interesting story to tell too.