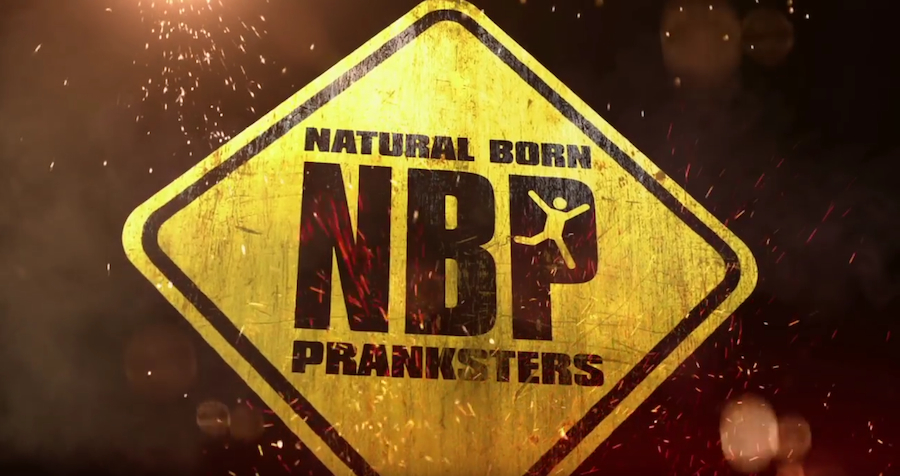 This is no April Fool's joke! YouTube stars Roman Atwood, Dennis Roady, and Vitaly Zdorovetskiy are moving their viral pranks to the big screen in their new film Natural Born Pranksters!

This father of two has over 8.5M subscribers on YouTube and more than 1.2B views!  He is best known for his viral videos titled, “Anniversary Prank Backfires”, “Killing My Kid Prank”, and “Plastic Ball Prank”. Seriously though! Father of The Year Award goes to this man! The number of pranks he and his sons partake in are what makes watching his videos that more interesting! A family who laughs together stays together! His partner in crime, Brittany, also gets in on the pranks, but lets keep it real – she is usually the one who gets pranked! Roman Atwood, quite simply, is a Prankster and Family Man!

Not to put his craft down in any way, but Dennis is probably the most reasonable prankster out of the three. He’s not quite as crazy as Roman and Vitaly, but he still can get you to LOL… literally! A little fun fact about Dennis is that he served the US Army for 10 years! Let's give him a round of applause and thank him for his service! Dennis also has a separate channel named howtoPRANKitup, so essentially double the laughter and it gives you ideas on how to set up a prank to try out on your friends! But stay safe out there, people! One of my personal favorite pranks from him is the “Lyft Prank”.

Last but not least Vitaly, often better known as Vitaly Z. He’s Russian-born and is having fun pranking ordinary people. Vitaly is probably the one who plays along the very thin line of going too far with his pranks or it being just okay!  Literally… he’s been arrested multiple times. He’s told us here at Young Hollywood that the longest he’s been in jail was 60 days! Crazy, right? It was supposed to be many years, but he’s got a great lawyer!

In fact, see more of what shenanigans Vitaly and the boys got up to in the YH Studio below!