Musicians Continue to Be Voices for Change! 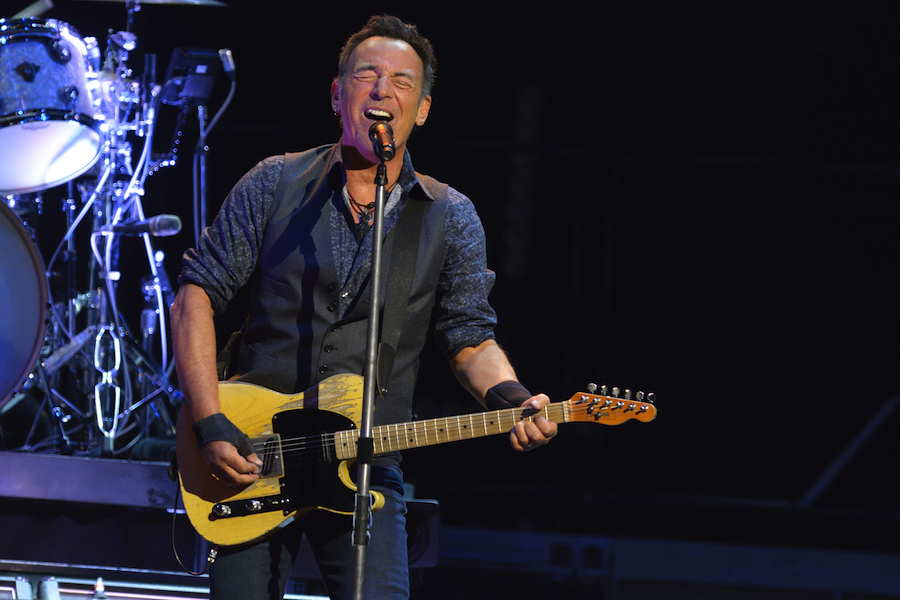 2016 is slowly turning into one of the most political years on record, and not just because of the presidential election. People from all walks of life, whether they are politicians, entertainers, artists, or everyday Twitter users, are taking a stand against the injustices of the world. Musicians Bruce Springsteen and Bryan Adams just became the latest folks to join the fight. “The Boss” announced that he would be cancelling a stop in North Carolina in protest of the state’s Public Facilities Privacy and Security Act. The new law, which has garnered a great deal of controversy and backlash, does not allow transgender individuals from using the bathroom designated for the gender they identify with. Adams, inspired by Springsteen, decided to cancel an upcoming show in Mississippi because of their latest law, the Protecting Freedom of Conscience from Government Discrimination. Just like North Carolina’s law, this new law is seen as an infringement on the rights of the LGBT community -- in it, businesses and public employees are allowed to deny services to LGBT customers if their religious beliefs dictate that marriage is only between a man and a woman. And most recently, Cyndi Lauper, a long-time LGBT activist, announced that she will actually honor her upcoming performance in NC but will use it as an opportunity to raise awareness. These three rockstars aren’t the only public figures to stand up against these new laws either -- more than 130 CEOs of major businesses (including Airbnb) have asked North Carolina Governor Pat McCrory to repeal the law, and PayPal cancelled plans to expand their business in Charlotte, thus eliminating 400 new jobs.

Billie Holiday and Artie Shaw: In 1938, popular jazz (and white) artist Artie Shaw added soulful (and black) singer Billie Holiday to his band. The pairing proved quite successful, except that many venues did not like seeing an integrated band and refused to include Holiday on posters with Shaw. Rather than bend to their demands, Shaw and Holiday would play elsewhere. And they didn’t just stop there -- a year later, they wrote the haunting song “Strange Fruit”, a metaphor for the horrific lynchings taking place in the South. To this day, “Strange Fruit” is considered one of the most powerful and controversial songs ever written. So it’s safe to say that Holiday and Shaw have made quite the difference.

Madonna: Never one to shy away from controversy, Madonna is still making waves. In 2014, Madonna was nearly arrested by Russian authorities for “promoting gay behavior” at her concerts. She was told that she would have to change her concerts to fit the strict anti-LGBT laws. Being Madonna, she did no such thing and performed her show just as she would have in any other country. Unfortunately, 87 of her fans were arrested for “gay behavior”, but Madonna still proved that she wasn’t going to change -- or force her fans to -- for a law she didn't believe in.

Stevie Wonder: After the Trayvon Martin case, in which a neighborhood watch volunteer shot an unarmed black teenager (Martin) and was subsequently found Not Guilty due to Florida's Stand Your Ground laws, Wonder refused to play in Florida until the state repealed the law. He took it a step further by deciding to not play in any state or country that has the same law. Wonder was clearly incensed over the court's ruling and took this as his chance to fight for equality. This actually wasn’t the first time Wonder refused to play a show -- during the 1980s, he refused to play at South Africa’s Sun City Resort because of the country’s Apartheid laws.

The Sound Strike: In 2010, when Arizona enacted one of the strictest immigration laws in American history, a number of musicians decided to take a stand. The law requires immigrants in Arizona to carry documents verifying their status, as well as requires police officers to question a persona about their immigration status during a lawful stop if there is reasonable suspect that they are in the country illegally. The law has been targeted as it seems to encourage racial profiling, which is exactly why The Sound Strike was formed. Started by Rage Against the Machine frontman Zack de la Rocha, The Sound Strike is a group of musicians who refuse to perform in Arizona. A few of these acts include Cypress Hill, Sonic Youth, and Kanye West, as well as Los Tigres del Norte. Today, The Sound Strike has shifted their focus to address additional political issues.

It's pretty clear that, as long as there is strife and inequality in the world, musicians will be there at the forefront to encourage change!