MTV Branches Out Into More Ambitious Fare with "The Shannara Chronicles"! 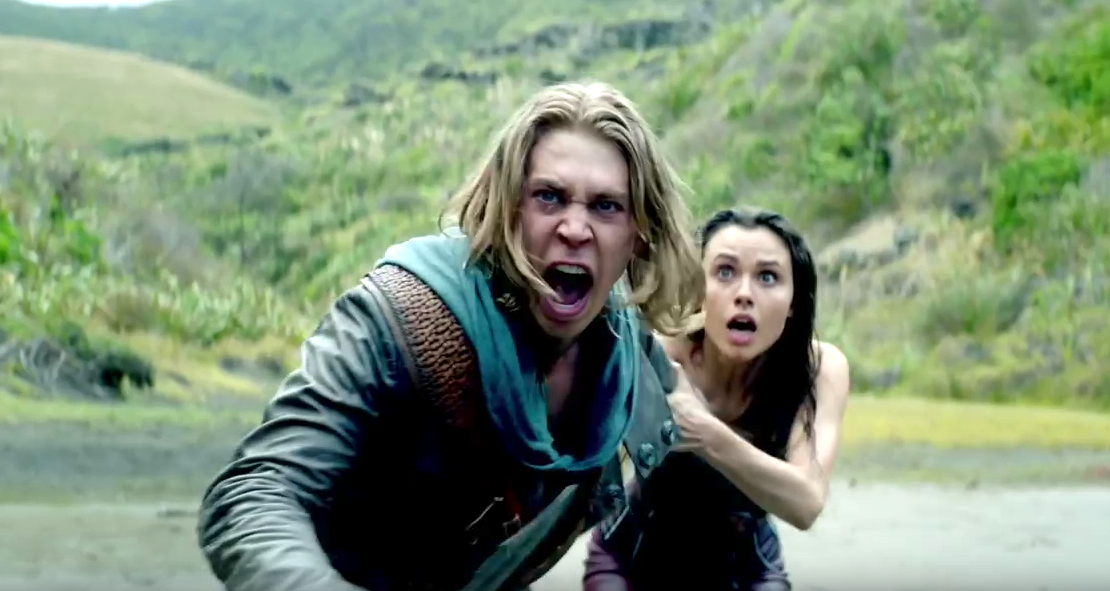 This year’s MTV Video Music Awards had some pretty memorable moments, fromKanye’s... ambitious speech toNicki’s “Miley, what’s good?” (which I would love to get on a T-shirt). One thing that may have been overlooked, though, was the trailer for the upcoming MTV series "The Shannara Chronicles".

The 10-episode series is based on an internationally acclaimed book series written by Terry Brooks, and this adaptation in particular will be based solely on Brooks’s second book, The Elfstones of Shannara.

The story is set in a place called Four Lands where a demon army is on the brink of total invasion and follows Wil, a half-elf/half-human (played byAustin Butler), and Amberle, an Elven princess (played by Poppy Drayton), and their quest to find a Safehold so save their land.

Can you say EPIC?

With shades of "Game of Thrones" and The Lord of the Rings, mixed with a hint of a futuristic space odyssey and a magic twist that will have audiences’s imaginations exploding, The Shannara Chronicles is the first of its kind on MTV.

Check out this BTS and message from the author of the Shannaraseries, Terry Brooks:

Brooks released his first installment of the original Shannara Trilogy way back in 1977 and since then has written 29 more stories and installments! This means that if The Shannara Chronicles is a hit, then they’ve got plenty of material to work with.

"The Shannara Chronicles" premieres on MTV in January 2016!