Ms. In The Biz Blog Embraces The Creative Woman 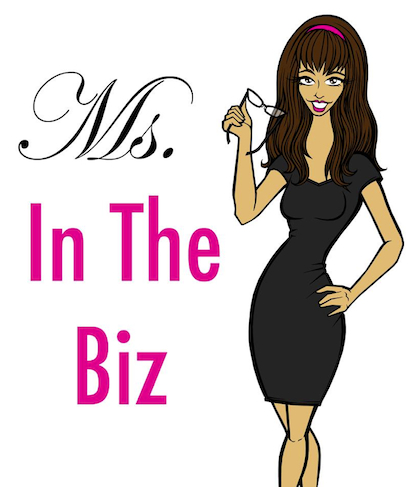 There’s no question that women continue to struggle to get ahead in Hollywood, at least when it comes to the major roles behind the scenes. The percentage of women directors in Hollywood has never been above 6%, even after Kathryn Bigelow finally smashed through that glass ceiling and gave us ladies our first female Oscar-winning director in 2010. And yet it took THAT long for a woman to win Best Director in the first place, even though ladies have been behind the camera since movies were invented.

Yes, even now, we are in an era where we have to designate separate film festivals and accolades specifically for women filmmakers, if only to encourage more women to step up into that role. Last month, I had the honor of having a short film I shot screened at a festival, and for the Q&A that followed the block of films that mine was in, I was the ONLY woman on the panel. It didn’t bother me – I know how to “play with the boys" – but it was indicative of a larger issue in the industry. That’s why I am so excited about what Ms. In The Biz is trying to do!

Ms. In The Biz is a newly-launched blog and community that supports women in the entertainment industry. The brainchild of actress/writer/producer/director/Renaissance Woman Helenna Santos-Levy (check her out on IMDb here), Ms. In The Biz’s primary objective is to foster relationships between creative, talented ladies and to encourage more open dialogue about our gender’s place in this business.

“I created Ms. In The Biz because it’s the online resource that I couldn’t find,” Helenna Santos-Levy explained in a press release. “I kept searching for websites that targeted women in new media, traditional media, and everything in between but everything I found left me unsatisfied.”

She goes on: “My hope is that, no matter where someone is on their journey, they’ll be able to connect with the experiences that our writers are sharing. This is where we lay it all out: the good, the bad, and the ugly, so that we can learn from each other and grow together.”

It’s no secret that women can sometimes be our own worst enemy. Indeed, I sometimes feel like I have more support from my male colleagues than my female ones when it comes to my filmmaking endeavors. So, one might have to ask the question – is it really the men holding us back, or are we holding each other back? Bravo to Helenna Santos-Levy and Ms. In The Biz for encouraging us to work TOGETHER rather than against each other, because that is the only way we can move forward!

Check out the Ms. In The Biz blog for yourself to get more of an idea of what they’re all about, and be sure to follow them on Twitter as well. As a fellow “Ms. in the biz” myself, I am extremely excited about the possibilities that this community has to offer!