Most Surprising, Intriguing, and Exciting Things About The Golden Globes Nominations! 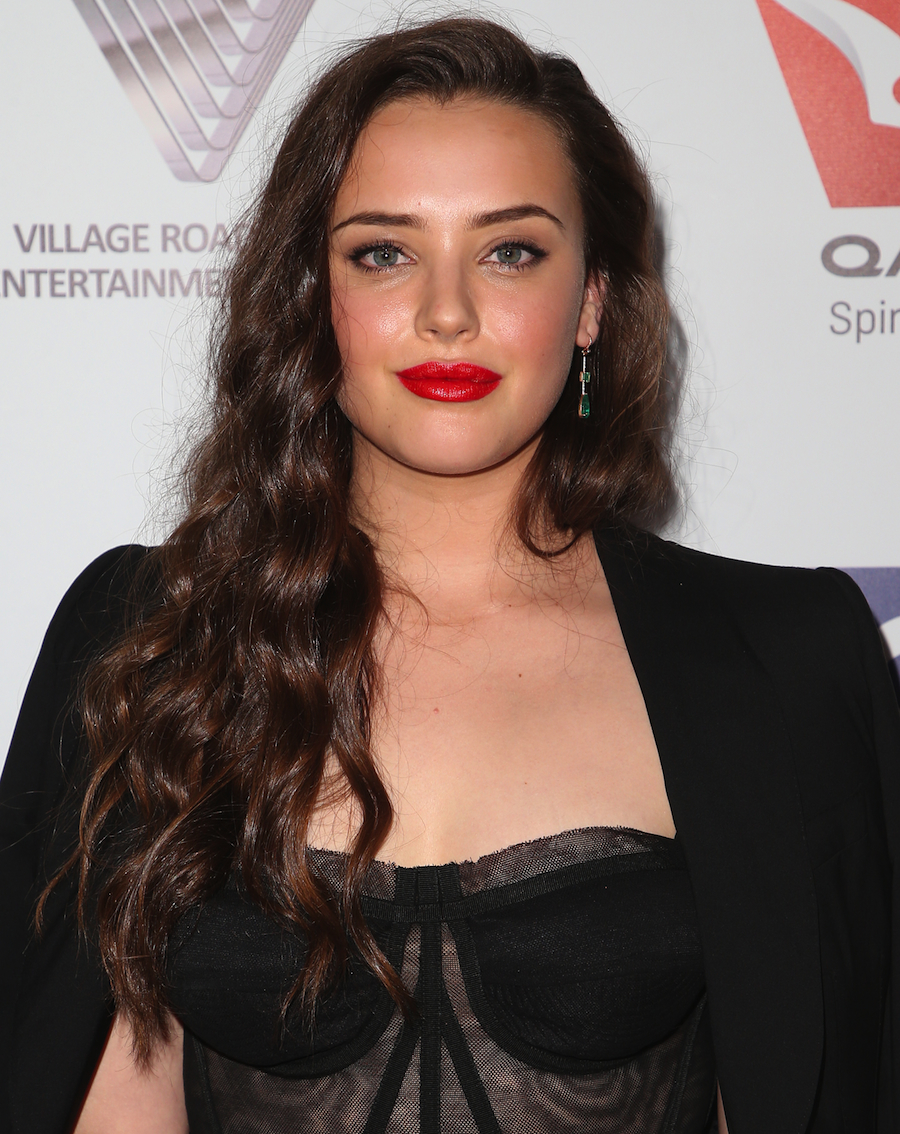 Christmas came early for a handful of folks in Hollywood this morning, as the first of the major award season nominations were announced for the Golden Globes. Yep, it’s that time of year again!

The Golden Globes are an interesting go-between in the sense that they’re the last chance for TV peeps to collect some hardware for the past year while also being the first glimpse of what we can expect to see at the Oscars in a few months. Both TV and film have seen some radical breakouts in 2017, and just skimming over the ballot tells me that the Hollywood Foreign Press Association either has a very short memory (judging by all the extremely recent releases getting nominations) or the new stuff coming out is really just THAT GOOD.

So let’s breakdown some of the most surprising, intriguing, and exciting bits from this year’s Golden Globes nominations…

- Of the 5 Best Picture Drama nominees, 3 of them (Call Me By Your Name, The Shape of Water, Three Billboards Outside Ebbing Missouri) were released in only the past month, and one isn’t going to be released for another week (The Post). The 5th, Dunkirk, is really the only one the general public has had any time to review and digest.

- Get Out, Jordan Peele’s horror/social satire that took audiences by storm in February, landed a spot on the Best Picture Comedy or Musical category, which… okay? As much as people keep trying to convince me that there was a layer of humor somewhere in this movie, I was unable to find it but apparently the HFPA did so kudos! Then again, the definition of “comedy” has become somewhat loose in both the Golden Globes and Emmys in the past few years… But speaking of Get Out, its breakout star, U.K.-born Daniel Kaluuya, received a nomination Best Actor in a Comedy or Musical. All this, yet the mastermind himself, Jordan Peele, received neither a directing nor a screenwriting nomination! Explain yourselves, HFPA!!

- Similar to the Drama Film category, the Comedy/Musical category is made up primarily of films that have either just been or are yet to be released, and all of them seem to exhibit a different take on what “comedy” is. You have the razzle-dazzle of The Greatest Showman, the over-the-top camp of I, Tonya, the whip-smart wit of Lady Bird, and the all-around surrealism of The Disaster Artist. Yes, folks, a movie about The Room’s Tommy Wiseau starring James Franco might win a Golden Globe. Life itself is funny sometimes…

- Speaking ofLady Bird, as much acclaim as that movie has been receiving, most of the credit of which goes to its writer/directorGreta Gerwig, she too was snubbed for her efforts. I’m sure both she and Jordan Peele are swelling with pride in their respective films’ achievements, but come on… I’m sureChristopher Nolan, Steven Spielberg, and Ridley Scott can survive one year without a Golden Globe nomination. Give these new visionaries some recognition, people!

- I was personally very happy to see The Shape of Water’s name pop up so frequently on the ballot, and every single nominee is deserving (especially Richard Jenkins!)… but where the heck is Doug Jones?? He’s not just a prop in a fishman suit! It does take SOME skill to wear all that nonsense AND give an effective and convincing performance! This one was a real blindspot for the HFPA, I’m afraid…

- Only a few months ago, Ridley Scott caused waves when he announced thatKevin Spacey’s role in his film All The Money In The World would be completely reshot withChristopher Plummer… even though the majority of the movie had already been filmed! Somehow, not only where they able to pull this off just in time for the film’s release, but Plummer received a nomination for Best Supporting Actor! Wow, that went from 100 to 0 back to 100 at breakneck speed!

- TheArmie HammerRenaissance is on and I am here for it. After his big breakout as the Winklevoss Twins in 2010’s The Social Network, Armie was on path to become the Next Big Thing, but he never quite hit his stride they way we’d hoped. But after his performance inCall Me By Your Name, followed by a Golden Globe nomination for his efforts, it seems like maybe he’s finally gonna get the recognition he deserves! Go, Armie, go!

- Over on the TV side of things, I cannot express to you how happy I am to FINALLY see Freddie Highmore’s name on this list! Sure, it’s for “The Doctor” and not “Bates Motel” like it should have been, but I am content because Freddie is a Gift and deserves everything wonderful.

- In myEmmys wrap-up in September, I tossed out the question as to whether or not “The Handmaid’s Tale” would still have won for Best Drama Series if “Game of Thrones” (which had won the previous 2 years, for what were arguably two of their worst seasons to date) had been eligible this year… Well, I guess we’re gonna find out at the Globes, as HBO’s flagship series makes what feels like a token appearance in this category up against Emmy winner “The Handmaid’s Tale”. It will also have “The Crown”, “Stranger Things”, and “This Is Us” to contend with as well, all of which were critically acclaimed this year… something GoT can’t quite claim itself. Seems like their slot could have gone to any number of other viable contenders, like “Better Call Saul”, “Ozark”, “The Good Doctor”, “Outlander”, etc.

- In the Everything That’s Old Is New Again category, it is hyper-surreal to see names like “Twin Peaks” and “Will & Grace” on these ballots again. Kyle MacLachlan and Eric McCormack make returns in acting categories for their classic roles, and “Will & Grace” itself is up for Best TV Comedy Series for the first time since 2005!

- Netflix’s “13 Reasons Why”, a show that was thought to be relegated to the CW crowd, just got some MAJOR cred as its star Katherine Langfordwas nominated for Best Actress in a Drama Series! She’ll be battling out against the likes of Emmy-winner Elisabeth Moss (“The Handmaid’s Tale”), last year’s Globes winnerClaire Foy (“The Crown”), as well asCaitriona Balfe (“Outlander”) and Maggie Gyllenhaal(“The Deuce”). So, honestly, this is really Moss vs. Foy at this point.

- After being upset at the Emmys by Nicole Kidman for her performance in “Big Little Lies”, “Feud” stars Jessica Lange and Susan Sarandon have a chance to redeem themselves at the Globes in the Best Actress in a Miniseries/TV Movie category. Fingers crossed!

- The Best Actress in a Comedy Series is chock full of newbies and I am loving it. As much as I couldn’t stand her character, I’m happy to seeAlison Brie up for “GLOW”. Issa Rae (“Insecure”) is getting some much-needed love, and “Better Things” star Pamela Adlon is finally hitting her stride after 3 seasons of the Amazon series. Meanwhile,Frankie Shaw (“SMILF”) and Rachel Brosnahan(“The Marvelous Mrs. Maisel”) are BRAND newbies, as both their shows only premiered within the last month! Even more shocking –Julia Louis-Dreyfus (“Veep”) was left off the list this year, for the first time in 5 years! (In fact, “Veep” was shut-out completely, after years of dominating awards shows.)

- Of all the amazing talent pouring out of Netflix’s “Stranger Things”, I admit I was a bit bummed to see that only ONE of the cast members had earned any nominations. But if it had to be anyone, I’m content that it is my future husband David Harbour.

Check out thefull list of nominations here. The 75th Golden Globes will air on Sunday, January 7, 2018, on NBC.