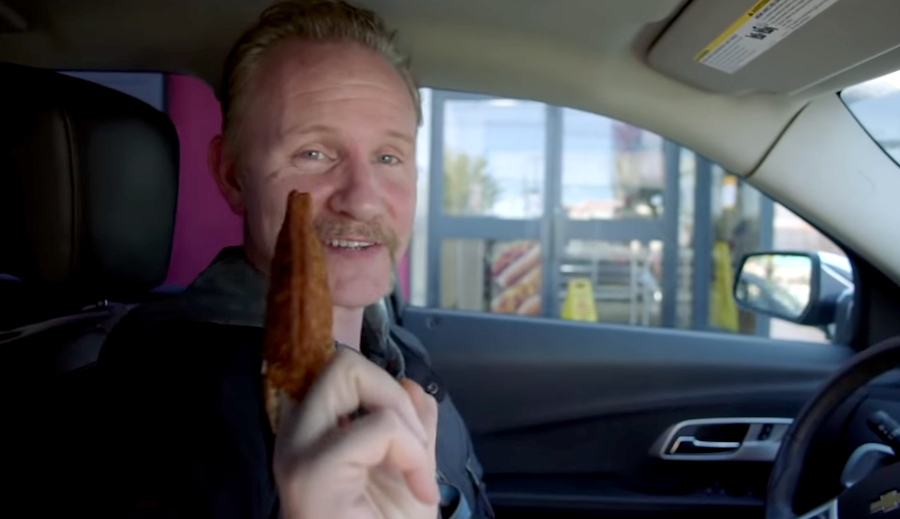 FilmmakerMorgan Spurlock and his fast food experiments are back! After a 15-year gap, Spurlock’s Super Size Mesequel is officially out in the United States as of September 6. The film is called Super Size Me 2: Holy Chicken! and it first released in 2017 as a part of the Toronto International Film Festival (TIFF).

For me personally, I remember seeing the first installment in either elementary or middle school, and I was mesmerized by the filmmaker’s bold, but oddly appealing experiment. In case you don’t know or simply forgot, the first documentary centered around Spurlock eating McDonalds for all THREE meals during a one-month period, and he had to say yes any time the person taking his order asked if he wanted to Supersize it.

The film was a success, and exposed the realities of eating fast food, or simply too much of it! Shortly after the documentary was released, McDonald's announced it was phasing out the Supersize option; they claimed it had nothing to do with Spurlock's film, but you can draw your own conclusions.

The more recent rendition of the film series is completely different! This time around, it’s Spurlock who will be selling the fast food, as he opened his own chicken restaurant in the movie! At least he’s not consistently eating it, which I’m sure he grew tired of! This second film seeks to discover the evolution of the fast food business since back in the day (2004), and analyze if it’s still as detrimental to your health as it has always been. Here’s a trailer:

Super Size Me 2: Holy Chicken! is available in very select theaters across the country, and the release dates were September 6 and September 13, depending on location. It is also available via Video On Demand as of Friday, September 13.