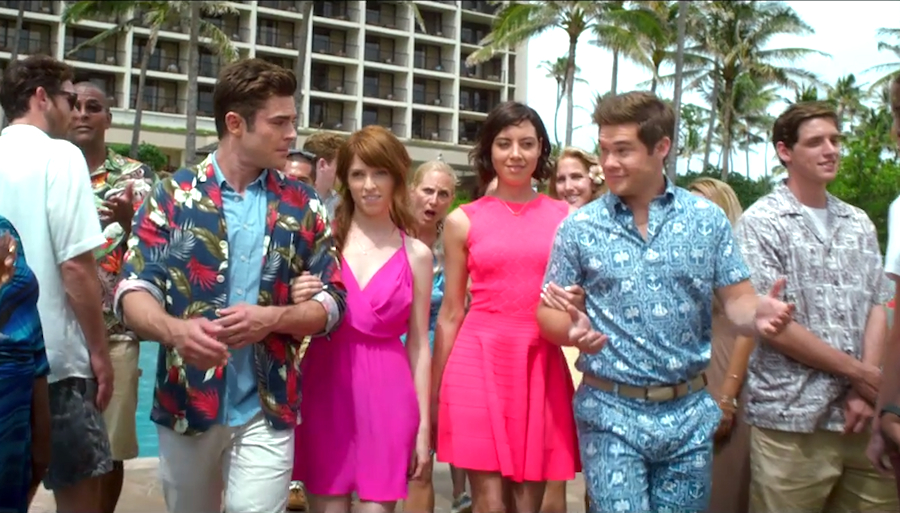 Zac Efron and Adam DeVine playing brothers in a movie together? We already know this is going to be hilarious, but there's oh so much more to look forward to in Mike and Dave Need Wedding Dates...

The movie is about two brothers who have subsequently ruined many family events and parties in the past. This time, their sister is getting married, and their parents have had enough. The boys need to find dates to her wedding that will really show their family that they are mature adults and have finally shaped up. The brothers then take a hilarious approach to advertise themselves as men looking for dates for their sister's wedding on "The Wendy Williams Show" (as you do). Two girls who are rough around edges and perhaps a little crazy (played Anna Kendrick and Aubrey Plaza) see the boys on TV and decide to try and make themselves seem extremely well-behaved so they can go to a fun wedding in Hawaii. Fella, meet your match!

Right off the bat, we can see that this is not going to be like the typical “bro movie" where the leading men are hot messes who have to get their act together in order to win the love and approval of their much more mature mates. The twist of their love interests being even less well-behaved than the brothers themselves is one that we haven't quite seen in this sort of movie before. Whereas it's usually one or the other of the pair attempting to dupe the other into believing they are someone/something they are not, here we see BOTH sides putting on an act, and the combo of Efron, DeVine, Plaza, and Kendrick is a can't-miss!