Michael B. Jordan Steps Into the Ring for 'Rocky' Spin-Off Film! 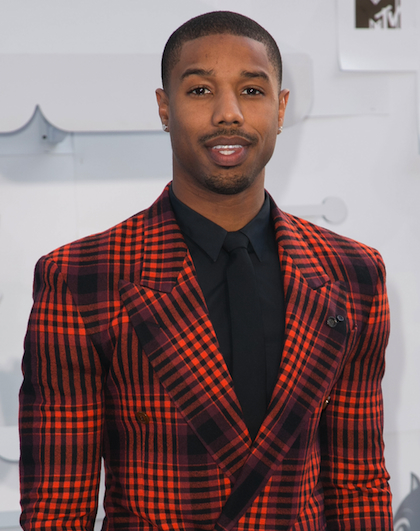 Bum-ba-ba-bum-ba-bum-ba... Cue the Rocky music, because everyone’s favorite boxer is back! Filming is underway on the seventh(!) Rocky film, which will be a spin-off from the original series, entitled Creed, and will focus on Apollo Creed’s (remember him?) grandson, aptly named Adonis Creed. Because of course.

Michael B. Jordan will play Adonis (someone’s got a clever casting eye…), an up-and-coming boxer who never knew his famous grandfather. Still, he knows he’s got boxing in his blood, so he heads to Philadelphia to track down Apollo's BFF Rocky Balboa (who will of course be played Sylvester Stallone!) to train him. The two form a friendship as Rocky whips him into shape, even as Rocky himself battles an opponent more deadly than any he has faced in the ring… Yes, that includes Drago!

Get ready to go for it!

A photo posted by Sly Stallone (@officialslystallone) on

Ryan Coogler, who previously worked with Jordan in the intense indie Fruitvale Station, will be directing the film, which is currently being shot in England and Philadelphia. Considering the critical success of Fruitvale Station, Creed may be a bit more gritty (and stronger) than previous Rocky sequels. Real-life boxers Tony Bellew and Andre Ward will also star in the film, as well as Tessa Thompson and Graham McTavish.

I personally think that the world can never have enough Rocky. There just better be a scene of Adonis running up the steps of the Philadelphia Art Museum, or else he’s no true mentee of Rocky Balboa!

Are you excited to see Creed?