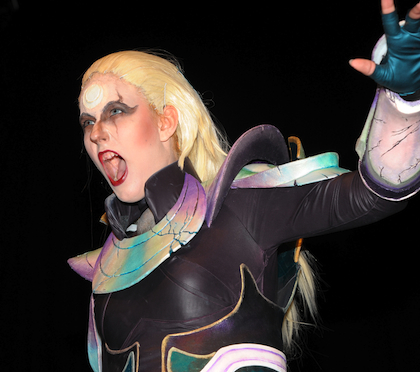 Welcome to the world of LoL, AKA League of Legends! If you have any friends who play video games, then you know the addiction and passion behind the game.

League of Legends is an online video game developed by Riot Games. In the default mode of each game or session, two teams are set against each other in a capture the flag-like set-up. Each team is made up of five champions, which are characters each with their own set of skills, abilities, and spells. However, at the start of every game, every champion starts at Level 1. As you destroy minions (AI-controlled) and other champions, your skills and levels go up. Along the way, you must destroy turrets leading up to the other team’s Nexus, or “flag”. When you destroy the other team’s Nexus, you win. This game is Summoner’s Rift.

Here’s the champion spotlight of my favorite character to use, Wukong:

As a newly addicted player, I can say that getting your first kill, double kill, triple kill, and legendary statuses feels amazing. Not to mention the fulfillment from winning the battle and when the wings of victory are floating on your computer screen.

The more you play, the better you get, the more experience points you get, which ups your level or tier of which you play. This allows you to play against those at your level. I do have to say that there is a HUGE learning curve, and you will not be very good when you start, but the more you play and the more you get to know the champions and how they work, the better you will get. There is no other feeling like being able to dominate on the Fields of Justice!

League is so popular that there are tournaments where players and teams from China, Europe, and the U.S. compete for a pretty sizable cash prize.

League of Legends has an elaborate background and lore that has everyone losing themselves in the game. Riot is keeping busy and keeping the game updated by introducing new champions and items. Everyone I know that plays League will tell you that the beginning is very difficult but so worth it in the end.

Also check out the killer music video they made for the Jinxed promo: