Manning Vs Brady; Kaepernick Vs Wilson: Who's Going to the Super Bowl? 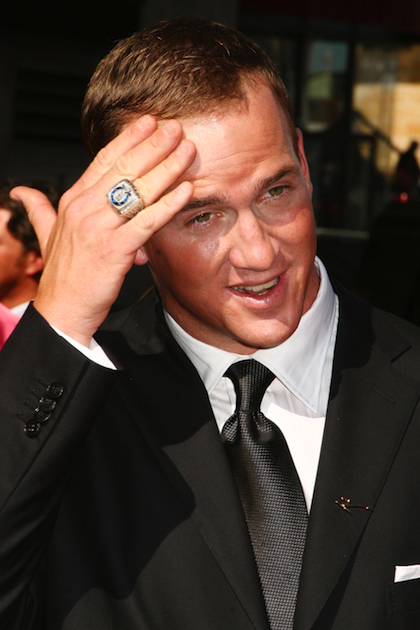 The 2014 NFL playoffs are well under way, which means we are coming up on one of American’s holiest of days, Super Bowl Sunday! It has been an exciting season, and I’m here to give you all the low-down before we get to Super Bowl XLVIII.

This weekend, we will find out who will be the Conference Champions and win a bid to compete for the highly-coveted Lombardi Trophy.

First up is the AFC Championship. This match-up is sure to be exciting and intense, as Tom Brady and the New England Patriots go up against Peyton Manning and the Denver Broncos. Brady and Manning both have a lot of veteran experience in the Super Bowl under their belts. Manning has won one Super Bowl and has four NFL MVP awards. He has great stats with rushing yards and definitely one of the best quarterbacks to date. But Brady won’t let that scare him away from another championship. Brady has three Super Bowl rings and multiple MVP titles, as well as Super Bowl MVP titles. He also has more total trips to the Super Bowl than Manning. The quarterbacks have met in the playoffs against each other three times, with Brady winning the first two match-ups and Manning taking home the conference championship in their most recent battle in 2006.

That’s not all, folks. You think the AFC title championship is going to be crazy, just wait for the NFC Championship game!

The San Francisco 49ers will be facing off against the Seattle Seahawks for their conference title. Although the Seahawks have the #1 seed, they haven’t been to a conference title match since 2005! And the Niners won be letting them move onto the Super Bowl that easily. They have played in the last two NFC Conference championship games, winning last year's title and advancing to the Super Bowl (which they lost to the Baltimore Ravens). So, their taste for another championship is fresh!

Will the 49ers finally finish their quest for six? Or will the Seahawks take this opportunity to put Seattle back on the map?

Check your local listings this weekend and tune in to see which team will move on for a chance to hoist the Lombardi Trophy!