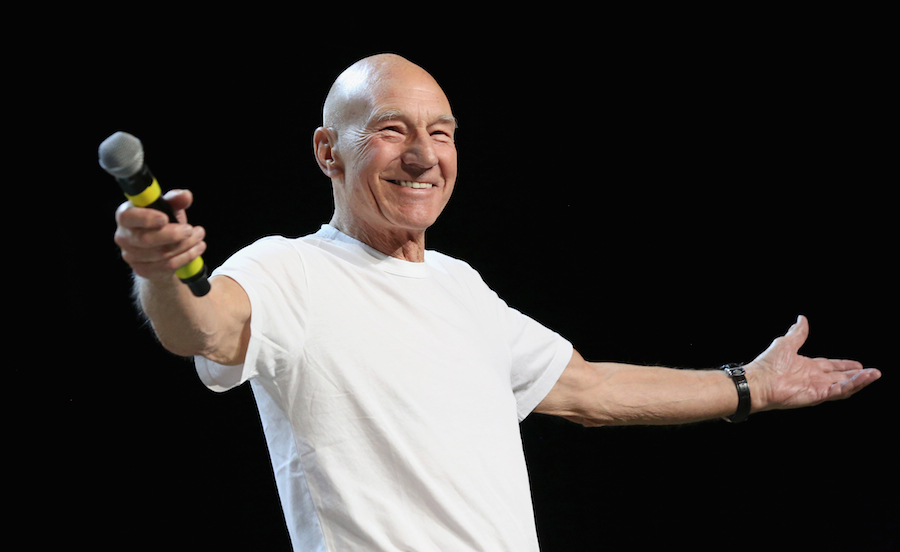 After 28 years of retirement from the "Star Trek" franchise, the man, the myth, the legend himself, Sir Patrick Stewart will once again suit up as the iconic Jean-Luc Picard for a brand new series coming exclusively to CBS All Access. In a surprise announcement at the Las Vegas Star Trek convention, “Star Trek Discovery” showrunner Alex Kurtzman, who is in charge of all things TV-related to the franchise now at CBS, attempted to announce one of the new "Star Trek" shows that was on the horizon. But Kurtzman did not feel he was qualified to unveil the news to Trekkers. Then, out of the shadows came the grace and poise of the USS Enterprise's Captain Picard. After reminiscing with the audience for a moment about the positive impact “The Next Generation” has had on fans, he then shocked the world when he uttered the words “Jean-Luc Picard is back!”

This new series will not be a slave to the popular trend of reboots coming out of the woodwork nowadays, but will be a sequel set 20 years after the final film installment with Picard’s “TNG” crew in 2002’s Star Trek Nemesis. This new show will be one of four rumored "Star Trek" series in development along with a teen version of the franchise that will most likely resemble the type of programming seen on CBS’s sister network The CW. It has never been a better time to be a "Star Trek" fan.

“The Next Generation” was a groundbreaking series that took on subject matter that other shows at the time wouldn’t go near, such as torture and gender equality. Stewart helped the CBS series that started in 1987 go the distance at seven seasons and 178 episodes, concluding in 1994. After the series finished on the small screen, the “TNG” crew took their talents to the big screen with four major Hollywood films: Star TrekGenerations (1994), First Contact (1996), Insurrection (1998), and Nemesis (2002) being the final adventure for Jean-Luc Picard... or so we thought.

For years, Stewart swore he would never return to the "Star Trek" universe or reprise the role of Picard. So why would the 78-year-old actor return to the series after having such a successful run and really having nothing left to prove? Stewart explained on Twitter that the recent shift in the social and political climate helped him change his mind on the subject.

It is an unexpected but delightful surprise to find myself excited and invigorated to be returning to Jean-Luc Picard and to explore new dimensions within him. Read my full statement in the photo. #StarTrek@cbsallaccess Photo: @shervinfotopic.twitter.com/8Ynuj3RBNm

Just like his character, Stewart cannot sit idly by when he feels his services can help save the day. There were countless times during the show where he would risk his life if it meant saving just one person. And from many fans' account, Picard is the moral, brave, and passionate leader that kids growing up in the '90s hoped to become. As trivial as it sounds, Captain Picard may be the hero we need in these dark times to guide us through the storm and back into the light. If Stewart thinks he can make a difference like he did back in the day, while still entraining us with his unparalleled acting ability, then I say Make it So!

Sir Patrick Stewart will return as Jean-Luc Picard in late 2019 with production on the sequel series hoping to begin early next year.