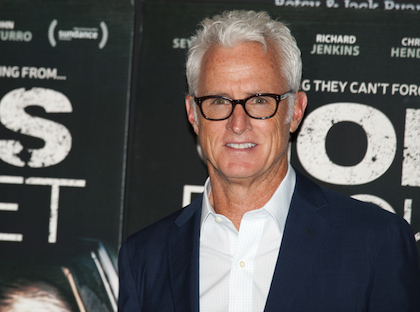 Now for something completely different. “Mad Men” star and silver fox John Slattery has signed on to star in the sequel to Seth MacFarlane’s oddball comedy, Ted 2. Apparently, being a critically-acclaimed actor and director isn’t enough for Slattery, as he has now decided that he needs to exchange banter with a smart-mouth CGI bear. Considering how serious “Mad Men” is, I can see why Slattery may want to take on a lighter role, or perhaps he just wants to interact with a CGI bear (I could understand that one too).

In an even stranger turn of events, Slattery isn’t the only heavyweight actor to join Ted 2.Morgan Freeman and Liam Neeson have both signed on to join the sequel. Freeman will play an iconic civil rights lawyer who is hired to help Ted get out of some legal trouble. MacFarlane has hinted that Freeman’s role is a “juicy” one, and I’m not entirely sure that I want to know what that means. There is no word yet on who (or what) Neeson will play in the film, but it won't be the first MacFarlane joint that Neeson has appeared in -- he had a role in this year's A Million Ways To Die In The West, so this is not unfamiliar territory for him.

Are you excited to see all of these great actors in Ted 2?