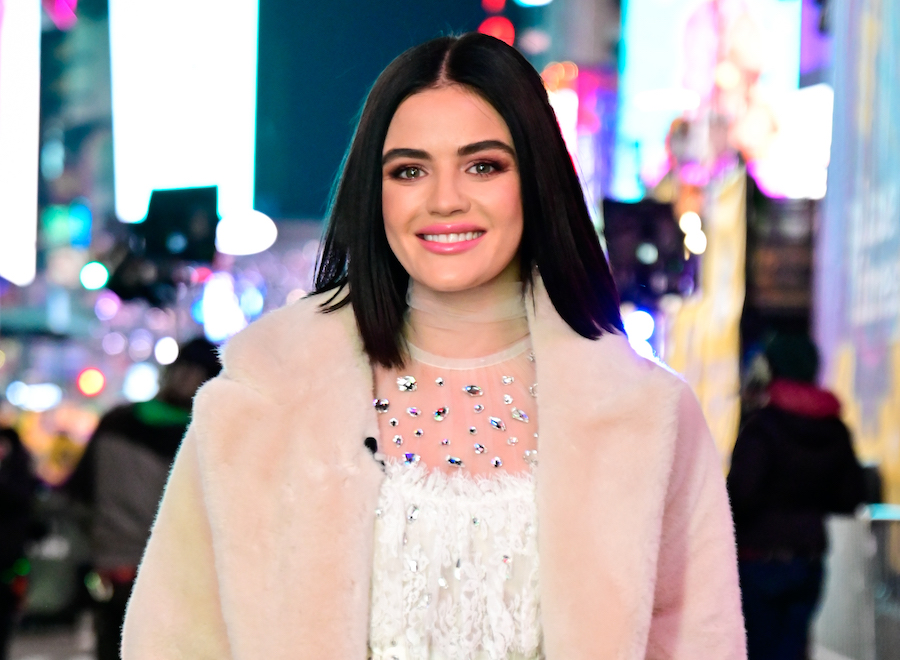 If you were a die hard "Pretty Little Liars" fan like we are, then this is going to be the best news ever: Lucy Hale is set to star in a new series that is supposedly somewhat similar in vibes to "PLL".

The series is called "Ragdoll", and while not much information has been released about the show, here’s everything we know about it so far:

- It’s being produced for AMC.

- It’s being made by Sid Gentle Films (the same producers of "Killing Eve").

- Filming is underway in London and set to finish this Spring.

- It will premiere later this year.

- It is based on a novel with the same name by author Daniel Cole.

The show seems pretty gruesome — it’s about solving the case of 6 people who were murdered, cut up, and sewn together resembling a (you guessed it) ragdoll. I know, so gross, but at the same time, it’s so intriguing, right? So, not exactly like "Pretty Little Liars", but it’s still a drama about murder and the quest to find out who the killer is. If "PLL" isn’t going to come back or have a reunion special anytime soon, we’ll take it.

Lucy will be playing the role of DC Lake Edmunds, a new recruit to the investigative unit on the case. The plot centers around the police assigned to solve the murders. AMC is calling it “a darkly funny[!?], gruesomely imaginative serial killer thriller,” and says that “'Ragdoll' also captures the fascinating but flawed friends struggling with the consequences of institutionalization and trauma.” Sounds like a hoot.

Since "PLL"’s end in 2017, Lucy has been pretty busy with her roles in "Life Sentence", A Nice Girl Like You, "Riverdale", and its spinoff "Katy Keene", which was unfortunately canceled last year after just one season. She's also been working on a side-career as a country singer, with her 2014 album Road Between reaching #4 on the U.S. Country charts.

In addition to "Ragdoll", Lucy has a bunch of other projects coming out soon that we can’t wait to see too. She’ll be starring in and executive producing a movie called Borrego and we’ll be getting another rom-com called The Hating Game from her as well. Both are set to premiere later this year. She has so much coming out, we can’t even keep track of it all. She really isn’t wasting any time!

Are you as exited as we are to see "Ragdoll"?