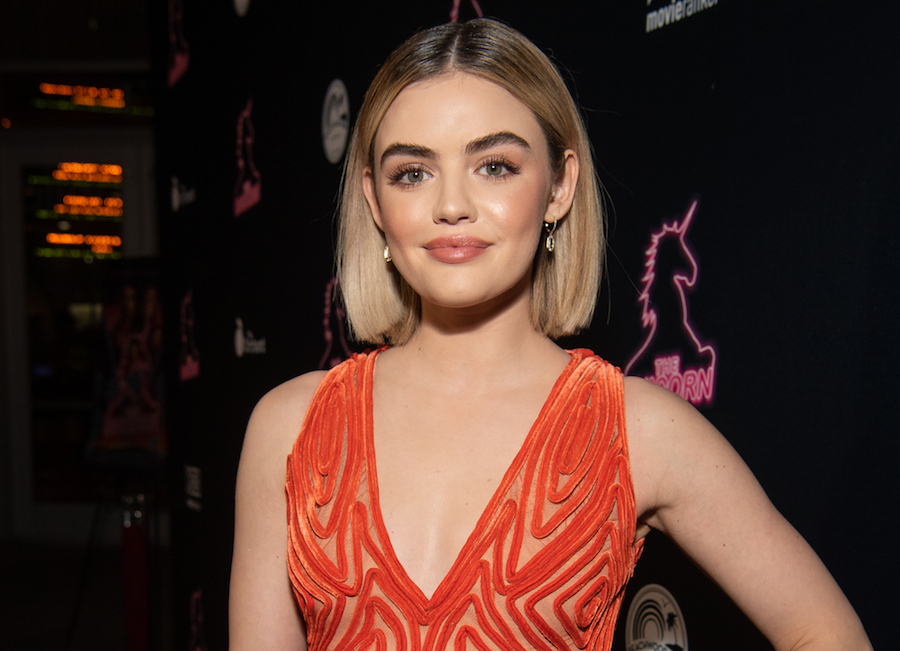 Calling all "Riverdale" and Lucy Hale fans alike -- The "Pretty Little Liars" icon is set to star in The CW’s upcoming show, "Katy Keene"! Being the Lucy Hale fans that we are, we are so happy to see her back in a leading role and just as excited that there is a connection to "Riverdale"!

So how does this show pertain to "Riverdale"? Well, Katy Keene is actually a spinoff of the hit series, and it (along with Netflix's "The Chilling Adventures of Sabrina") is based on the same Archie Comics universe as "Riverdale"! The new show will look a bit different than what we are used to with The CW’s original Archie-based series, though…and the storyline isn’t the only reason why.

"Katy Keene" is going to take a look into the four main characters’ lives as they aspire to make it big in New York City. Katy, Lucy’s character, is described as an independent twenty-something with a big heart and a passion for fashion. Not only will we get to watch her journey as an aspiring fashion designer, but we also get an inside look at her personal life as well. How fun does this sound?! It kind of feels like a modern-day, younger version of "Sex and the City"…and we can never go wrong with that!

But wait, there’s more! Katy Keene is set to be a musical series! Yes, that’s right. Being that "Glee" and "My Crazy Ex-Girlfriend" are some of the more recent hit shows to feature its characters breaking out into song and dance, I am so excited to see how a musical dramedy plays out in 2019. You may not know this, but Lucy Hale is no stranger to the music industry. In fact, she has even dropped an album back in 2014 called Road Between. Hearing that this show is going to be a musical is giving me early-2000s flashbacks of every musical episode of Disney Channel shows…and I am not complaining.

We aren’t the only ones who are excited for this news. Lucy is “freaking out” herself, according to her Instagram post. In her announcement post, she included some side-by-sides of her and the original comic version of Katy Keene, and it is already looking like a perfect match! I can’t wait to see Lucy back on the small screen in what is sounding like such a cute, light-hearted show!