Lucky 13: How "Supernatural" Has Been Able to Stand the Test of TV Time! 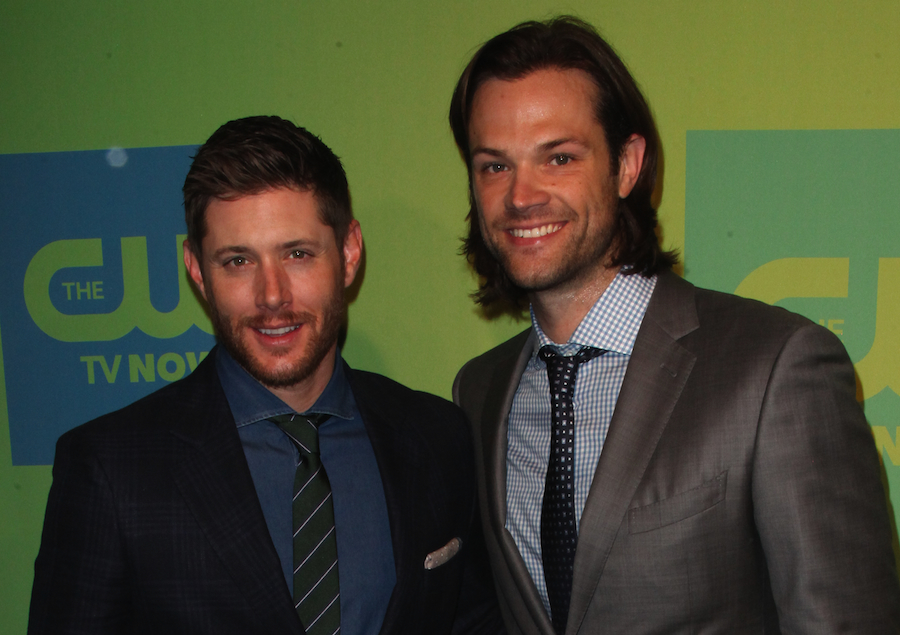 It was recently announced that "Supernatural" was green lit for Season 13! Standing the true test of time, especially in television years, "Supernatural" joins the few TV shows that have reached a thirteenth season, like "Grey's Anatomy", "ER", "Law and Order", and "The Simpsons", to name a few.

What? What is that you say? Some of you haven't seen an episode of "Supernatural"? Well, don't worry. I’ve got you covered.

"Supernatural" is about two brothers who hunt monsters. Simple premise, right? In the first season, they set out to look for their dad, who seems to have disappeared while on a hunt of his own. Dean, the eldest brother (played by Jensen Ackles), reaches out to his younger brother, Sam (played by Jared Padalecki), who was finishing his degree at Stanford. With the use of their dad's journal, they are able to stop an evil spirit yet unable to find their dad. Sam wants to get back to his normal life until a suspicious fire kills his girlfriend, which is incidentally the same way their mother passed away 22 years earlier. Sam hits the road with Dean to find their dad and get some answers.

Along the way, Dean and Sam have seen some pretty gnarly monsters, demons, and even gods, but they've also found friends, family, and some pretty great people. Their road is rocky to say the least, but it's also very rewarding, saving so many people and even the world a couple times. But what is it about the show that has created such a devoted and supportive fanbase, especially one that can keep a show on for over 12 seasons?

[*SPOILER WARNING* I will be making a ton of references to various points of the series.]

One thing that "Supernatural" does very well is building a foundation of family and finding a way to portray heavy emotions from the characters in a way that the audience can relate to. While family in "Supernatural" extends beyond blood relations, it begins with the brotherhood of Sam and Dean. The series is constantly reminding us that Sam and Dean, while they are ying and yang or two sides of the same coin, they need each other and the only home they have is with each other.

The first few seasons are driven by their quest to find their dad as well as uncovering the monster behind the death of their mother. The Winchesters are not the typical nuclear family, but their bond with their father and their journey with him until his last moments was the family they needed.

And in true Winchester fashion, their dad John gave up his life to save his son, Dean, which was John's last lesson to Dean and Sam, as later on in the series, both brothers will choose to give up their life so that the other can live.

John died early in the series, but the Winchesters were not alone. Along they way they found family in unknown characters. Bobby Singer was an old hunter friend of John's and would later develop into another father figure for the boys. From helping hunters and getting help from other hunters, the boys found their very odd family. Fast forward to the current season, the most recurring characters aside from Sam and Dean are Castiel, a rogue angel who has learned humanity from the boys, and Crowley, the king of hell. These very unlikely characters have developed a strange bond with Sam and Dean, and the fans, including me, would be very upset if they were to be killed and taken off the show.

While the show is most definitely thrilling and suspenseful, an interesting humor has developed over the seasons. Apparent in the the witty dialogue, the show has learned to embrace humor and incorporate it into the show. Some of my favorite episodes are when Sam and Dean meet the Ghostfacers and the "Yellow Fever" episode.

Paying Homage to Pop Culture and Knowing Their Audience

Part of what makes "Supernatural" special is that they know their audience and they embrace them with open arms. I think this is true because the producers and writers' interests and ideas line up with their fans. Various episodes in the series pay homage and tribute to pop culture and classic movies, something that fans of the show are probably also fans of as well. They've done an episode in black and white called "Monster Movie", where they run a case of classic monster movies terrorizing an Oktoberfest event. The episode 'Mystery Spot" pays homage to Groundhog Day, where Sam relives the same day over and over again as he tries to save Dean from dying. They even named an episode "Live Free or Twi-hard", which you can guess is about vampires.

Meta, according to Google Dictionary, is a way to describe a creative work that "refers to itself or to the conventions of its genre; self-referential." "Supernatural" has episodes where it gets SUPER META. The show's self-awareness is used for humor but, more importantly, it's a way for the writers to give a huge nod to the fans.

In one of the episodes, the Winchesters discover that there is a book series about their lives. Upon reading the books, they find information in it that would have only been privy to them. This opens the door for a huge story arc of a prophet essentially writing a new "New Testament" in which the focal points are the Winchesters.

However, the writers decided this was the opening to a "Supernatural" convention. This is where the boys go on a hunt at a convention about the book series about them. They see people dressed up and acting like them. The episode is hilarious and on a level of inception.

They even had an episode where they ended up in an alternate reality where they were on a television set and everyone called them Jensen and Jared. Intensely meta.

Taking Risks and Listening to the Fans

Lastly, the show and its writers aren't afraid to take risks. They write and produce content that pushes the boundaries of what typical television shows are expected to create. Knowing that all the die-hard "Supernatural" fans are there to support them, they dedicated an episode that fans would get a kick out of. The episode brought Sam and Dead to an all-girl’s high school where they were putting on a production of a fanfiction based on the book series "Supernatural". This was the show tipping their hat to the fans and showing them that they really do listen and care for what the fans want.

Season 13 is just around the corner, and fans are still just as excited about this one as they were for Seasons 1 thru 12. After such a long duration, let’s see what else the writers and producers have got for us! One thing is for sure, Sam and Dean are our favorite monster-hunting brothers and we welcome every new season to come!