Life Lessons Each "How I Met Your Mother" Character Taught Us! 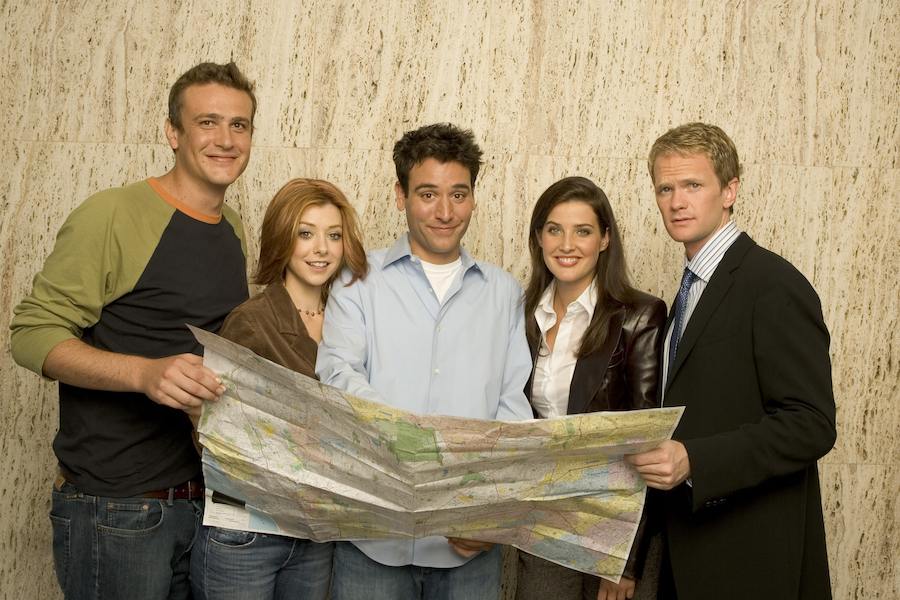 "How I Met Your Father" had its series yesterday (January 18) on Hulu, and it truly feels like the beginning of a new era after its predecessor, "How I Met Your Mother", bowed out 8 years ago.

Possibly one of the best and well-thought out television shows in the past decade, "How I Met Your Mother" captivated millions and made all of us cry from laughter and, in their season, just cry from the memories. The show gave us quality taglines like “Legend--WAIT FOR IT--dary!” and  “Suit up!” and made us feel for the characters like they were a part of our lives.

"HIMYM" was not only hilarious, but the show also provided its audience with significant lessons and an optimistic outlook of life. Each one of the main characters exemplifies an important lesson that we should all try to apply to our own lives.

Lesson: Good things come with time; wait for it.

From the Pilot episode, Ted was looking for his dream girl with whom he wants to settle down and start a family. Well, after nine seasons, it wasn’t until the series finale that Ted found his bass-playing, Otis Redding-listening, crossword-playing, Renaissance faire-going girl. Ted has been with many different types of ladies and experienced different types of relationships, but one thing Ted can teach us is that you can’t plan out when you meet the love of your life. You can’t search for that person; you both just find each other, whether it is in college, at a party, at the park, or at one of your friend’s weddings. Don’t rush, just wait for it, because, according to Barney, “It's going to be legend--WAIT FOR IT--dary!”

Lesson: Never give up on your dream.

Lily was always interested in painting and dreamed of becoming an artist. She became a kindergarten teacher to make some kind of income and took art classes in her free time. She loved painting and even sold some of her art to veterinarian offices because animals loved her paintings. Later, she had a beautiful baby boy named Marvin. Her dreams were pushed aside for many years, and it wasn’t until mid-Season 8 that Lily was presented with a job opportunity that she loved. In one of "HIMYM"’s latter episodes, “The Ashtray”, Lily got a job as an art consultant. Lily may have put her dreams aside, but years later, she finally found something she really loved doing with art. Later, we found out that she was given the opportunity to live in Italy and be surrounded by art that she only dreamed of. Like Lily, don’t ever give up on your dreams.

Lesson: Be a friend.

Marshall was always a loyal and supportive friend to everyone in the group. He always gave Ted advice about everything and even took Robin to his favorite bar in the city so that she could feel more at home. Throughout the series, Ted’s “best friend” title was always being fought over. The central concept of Marshall’s character that we can all apply to our own lives is to simply be a friend and our lives will be filled with the same loyalty and support that we give others. Thank you, Judge Fudge, for always giving us the best advice.

Lesson: Learn to roll with the punches.

Robin was always focused on her job as a news reporter, putting it before everything else, even love. Although this is important, Robin had a hard time balancing her job with her personal life. One thing we can all learn from Robin is that we have to take things as they come to us. As much as we organize and plan out our lives, life throws us some curve balls, and some things that we don’t think we need come into our lives. We all just have to learn to deal with what’s in front of us, even if you don’t understand why this guy is holding a blue French horn in your face...

Lesson: Sometimes things are complicated, but you have to learn to enjoy yourself.

Barney was probably one of the funniest and most complicated characters on television. Barney Stinson, the notorious figure that he is, can teach us two things about life. The first is that, much like Barney himself, some things are more complex than they seem to be. Barney was a womanizing, sex-crazed liar until he started having feelings for Robin. Like we learned in the Series Finale, Barney is still all of those things, but his love for his daughter is worth changing himself for the better. The other lesson, and possibly the most important one, that Barney can teach us is to just enjoy yourself. Throughout the whole series, Barney was always having fun. Always. Whether he was pulling pranks, having a drink, or playing laser tag, he was having fun in the moment with his loved ones. There are far too many instances where life isn’t lived to the fullest or enjoyed. We can all take a page out of Barney’s book and remember to have fun every once in a while.

Lesson: Bad things happen and you have to learn to accept them and keep going.

Tracy (AKA The Mother), was only actually with us for a short time, but her impact on the show will stay with us forever. We only got to see a little bit of her life, but the few things we did see, Tracy didn’t have the easiest past. We know that she lost her boyfriend, Max, and it was really hard for her to deal with. As time went on, she learned how to move on and be happy while still remembering Max. Even to the end, Mother is always teaching us. In the finale, we found out Tracy got sick and passed away six years prior to Ted’s story, and just as Tracy had done herself, he found a way to be happy while still honoring Mother.

"How I Met Your Mother" is and will always be one of my favorite shows because it was entertaining and humorous, yes, but also because it can teach us about life and its complexity and profoundness. Cheers to the wonderful run, "HIMYM"! You gave us the good, the bad, and the hilarious, and for that, we are all grateful, and we can't wait to see what lessons we can learn from the characters of "How I Met Your Father"!

You can stream all 9 seasons of "How I Met Your Mother" on Hulu and Amazon Prime.