'Let The Right One In' Creeps Onto the London Stage 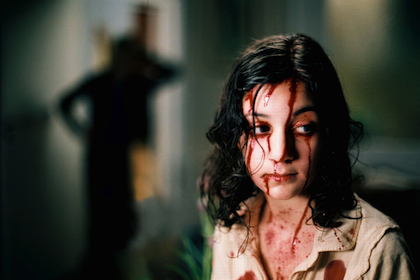 In 2008, a small Swedish film directed by Thomas Alfredson captured the hearts of fans who favor twisted, dark stories. The film was a simple tale focusing on a young boy and his mysterious neighbor (who turns out to have more of a bite than first expected). Unlike the popular Twilight franchise, Let the Right One In was not a mushy romance -- the story tackled bullying, alienation, AIDS anxiety, and sorrow in a carefully constructed manner. Although Let the Right One In did not go on to become a major commercial success, the film did inspire an American remake (Let Me In) starring Chloe Grace Moretz that was just as powerful as its Swedish predecessor.