Let’s Get Real About “BeReal” 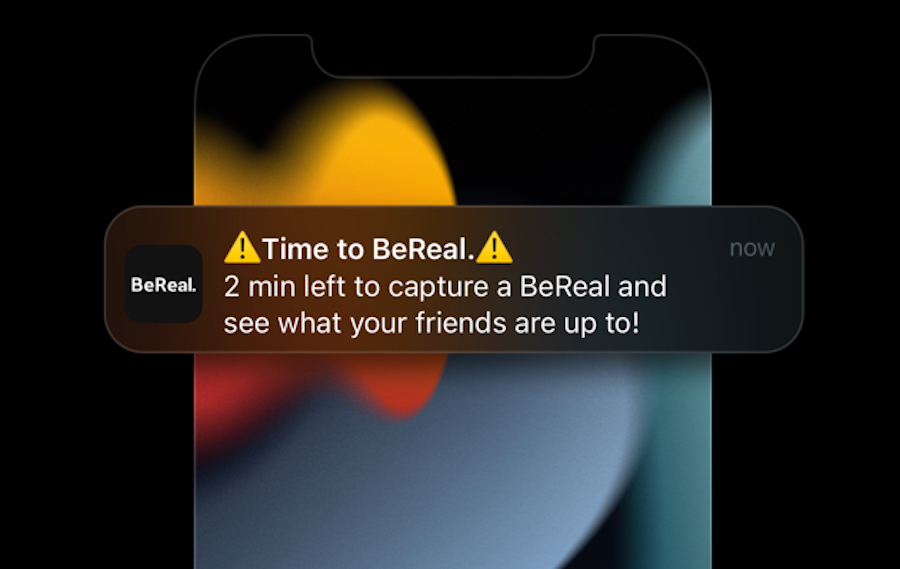 BeReal' is the newest social media app that’s taking the world by storm. This French app was released in 2020 but underwent an extreme spike in popularity over the past few months — so much so that it has claimed the number one spot under “Top Free Apps'' in the U.S. App Store.

So, how does BeReal work and what makes it different from other social media platforms? Every day, the app sends out a notification to users at a random time indicating that they have 2 minutes to take a photo of what they are doing right then. The app captures both a front and back camera view and users must upload their own photo before gaining access to their friends’ posts. The goal is to ditch all the negative aspects of social media and provide a down-to-earth outlet for people to share what they are up to with close friends without worrying about filters, followers, or perfection of any sort.

BeReal encourages users to embrace mundane aspects of their lives and snap a quick picture without having enough time to second-guess, but executing this concept is a bit more challenging than expected.

It has become a running joke that BeReal always goes off when people are lying in bed watching Netflix and never when they are out on the town with friends. Some users take a deep breath and snap their BeReal, accepting the fact that this is their 4th post in a row wearing pajamas, watching “Stranger Things”, and eating ice cream. Others ignore the 2-minute warning notification and post a few hours later when they are doing something more interesting, facing the fact their friends will see the “posted late” marker and assume that their post is inauthentic. Then there’s a third group of people who frantically jump out of bed immediately after receiving the 2-minute warning notification and run outside to capture a post-worthy pic before the timer runs out. This TikTok perfectly illustrates the struggle of rushing against the clock to take a semi-decent BeReal:

Then there are times when you save your BeReal for the perfect special occasion, but your cell service is in a rebellious mood. If that’s ever happened to you, you’ll definitely sympathize with this concertgoer who rushed to get the app to load in the middle of a Harry Styles concert:

When the official BeReal TikTok account came across this video, they commented, “This is what happens when you leave your bereal for when u r doing smth cool”.

While BeReal is sticking true to the app’s original purpose in wanting people to take pictures when prompted, it has become clear that there are multiple different ways to use the app. At the end of the day, maybe being real isn’t all about taking random photos at random times. We can choose to snap a picture when we are at our happiest and still remain unfiltered, care-free, and real. So, follow the timer or post late, post every day or whenever you feel like it. Post with bed-head or post in a ball gown. No matter how you intend to use BeReal, it’ll be there for you through whatever moments you deem most real.