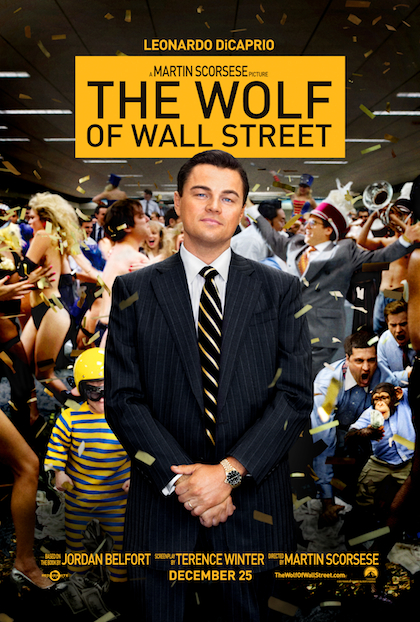 Leonardo DiCaprio continues to don his suit and tie and that slicked back hair, and I don’t think any of us have a problem with that whatsoever.

The first trailer for the Martin Scorsese-directed movie The Wolf of Wall Street just came out, and wow. I would be lying to you if I said I didn’t react that way. And that's a good thing.

In this montage of complete Leo domination, viewers get a glimpse into the extravagant and tumultuous life of wealthy stockbroker Jordan Belfort. All that glitters isn’t always gold, and the way he lives can surely attest to that.

Set to Kanye West’s “Black Skinhead”, the trailer begins with a voiceover from Leo: “My name is Jordan Belfort. The year I turned 26, I made $49 million, which really pissed me off because it was three shy of a million a week.” If that doesn’t explain the world you are about to dive into for the entirety of the movie, then you're not paying attention. I’d say almost all of the seven deadly sins are represented here.

As if a Scorsese movie wouldn't have anyone but the best, Matthew McConaughey, Jonah Hill, and Margot Robbie join Leo in the film. Together, they take viewers into a life of luxury that isn’t always so kind.

As enticing as the movie looks to me, the absolute greatest part of the 2-minute trailer is the chance to see Leo -- or Jordan -- get down on the dance floor. I have watched those few seconds about 15 times now. The guy has some (interesting) moves!

Booze, babes, boats, and more will dazzle the audience into a life only few have ever known. For a chance to dip your toes into ultimate power and possession, mark your calendars for November 15. You will not only get to see dapper Leo at his best but in a more (and rare) lighthearted role.

Oh, and did I mention that this Jordan character is real and the movie is based off of his actual life?