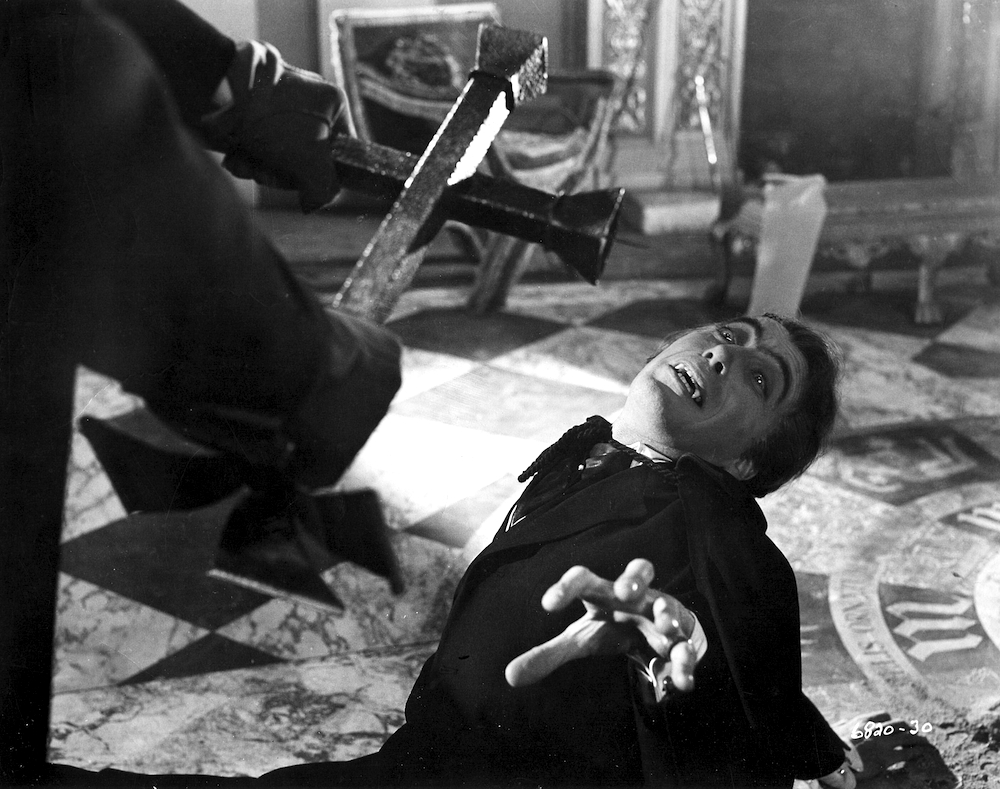 Shifting gender expectations seems to be all the rage these days. From certain superheroes switching sexes, shows/movies that gender-swapping main characters, and TV shows and movies making more action hero-centric content with female lead characters, it’s safe to say that ladies are supremely kicking @$$ and taking names. In this same vein, SyFy recently announced that it has signed on to a series by writer Neil Labute (“Ugly Betty”) about legendary vampire hunter Van Helsing. Well, if you’ve been paying attention to my lead-in, then you should well know that it’s not Van Helsing as much as it’s Vanessa Helsing.

That’s right, Van Helsing is now a woman in a plot that sounds like something I know I will be tuning in to. Right now, aside from basic plot details, all we know is that SyFy has definitely picked it up and are very excited about this new series, it’ll definitely be airing its 13 episodes next year; however, a lead actress has not been publically selected yet. The show will follow Dracula mythology, which is a classic battle between the undead Count and the human Van Helsing, but this story will tell the resurrection of Vanessa Helsing, known as a new generation of warrior against Dracula and other vampires. She will come back into the world in a time when vampires have overrun the world. Vanessa, having been brought back from the dead, learns that she has a power over vampires and will stand as the final hope humanity has left to survive. No word on if Dracula will be male or female yet.

Sounds pretty heavy but ultra-exciting to me, especially as a big “Buffy the Vampire Slayer” fan. There’s just something about watching a lady kick some serious undead butts back to the grave that makes me happy. But it doesn’t just stop there with ladies taking names as heroes these days. What seemed like something always on the cusp of being mainstream, like “Buffy” being on a lower network like the WB (now the CW), has now totally taken over with big network shows featuring main female characters that can completely fend for themselves in a battle, like “Supergirl”, “Quantico”, and even Cookie Lyon (played by Taraji P. Henson) being a total HBIC on Fox’s "Empire". It’s a good change of pace to have, as seeing a guy always saving the girl kind of puts women in a box. But today, women can watch shows where the main female character isn’t a damsel in distress, or kind of bumbling and needs somebody else to save her when times are too tough.

Could things be stretched a bit further than this? Of course. There have been talks for a number of years of potentially having a female “Doctor Who”. Since the Doctor needs to regenerate his body every so often, it has been mentioned that he may come out female at some point. In his piles of clothing he travels with for such an occasion, dresses have been shown hanging in the background. Actress Lara Pulver was rumored at one point to be the first female Doctor; however, she said she was not brave enough to take the role, fearing the inevitable backlash from certain fans. Keeping it in Britain, since Spectre is just hitting theaters now, is it so far of a reach for there to be a female James Bond at some point? Well, a name change will have to happen, but why not?

There are so many more possibilities in the world of entertainment today than in previous years. We’re headed down a good path. As for Vanessa Helsing, it’s hard to say when it’s going to start, mainly because there isn’t a premiere date. But look out for it to hit SyFy next year!