Larry David & Other Disgruntled "SNL" Employees Who Went On To Host The Show! 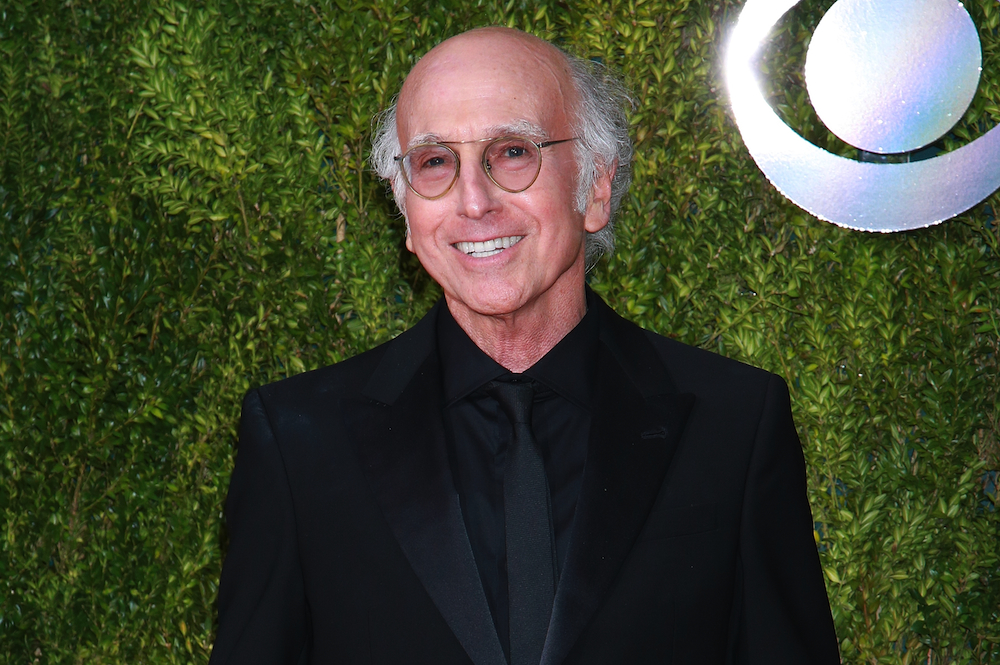 One of my favorite older and neurotic human beings, Larry David, will be hosting “Saturday Night Live” this Saturday, February 6, finally making good on all those cameos as Bernie Sanders once and for all! This comes after a stellar turn by host Adam Driver a few weeks ago, which left many people thinking that the show peaked for the season. Well, without seeing David’s episode, I think it’s safe to say that “SNL” still has another good show up its sleeve. What’s interesting, though not widely known, about this news is that Larry David was formally an employee at “SNL”.

Back in the '80s, David was a writer for “SNL”, long before he co-created and wrote for “Seinfeld”, which, of course, pushed his career to great heights. On his first day, David thought he wrote enough sketches and was ready to go home. His boss wouldn’t let him leave, however, saying that people usually stay up all night to write. David, being the neurotic man that he is, found this insane and left to go home. A few shows later, David felt disrespected after multiple sketches of his got cut after dress rehearsal. He blew up and cursed off everybody, saying things I can’t repeat here, told everyone he quit, and walked home. Later, David’s neighbor (the real-life Kramer) told him to just go back and pretend it didn’t happen. That Monday, David entered work, business as usual, pitched a sketch, and was on the show for the remainder of the season before being fired. The story of him quitting is featured in the “Seinfeld” episode entitled “The Revenge”. (Fun fact: none of his skits ever did make it on-air.)

What’s also interesting about this is that David isn’t the only former “SNL” employee to get canned, or quit early, and then go on to host the show. Let’s take a look at some of the show’s former employees-turned-hosts.

You know him from the Hangover movies, his stand-up comedy, his multiple “SNL” hosting stints, and now his FX show “Baskets”, but you probably didn’t know he used to write for “SNL”. Back in the early-2000s, Galifianakis was staffed on the show and quit almost immediately. He has discussed in interviews, like one time with Jimmy Fallon (unfortunately, the interview next to impossible to find now), about how pitching a skit to Britney Spears broke him at “SNL”. In a past interview, Galifianakis said he quit after his sketch couldn’t get through to Spears, later commenting, “I didn’t want to have to explain to her why blood spilling out of her mouth is funny.” Kind of makes you wanna see how this sketch would’ve gone, wouldn’t it?

He may be killing it dramatically and comedically as Iron Man, but Downey is known as one of the worst “SNL” cast members of all time. That’s not even a joke. He really wasn’t liked at all (his notorious substance abuse problems at the time probably had something to do with it). He infamously was in a sketch called “Suitcase Boy”, which is just plain weird, and not in a good way. It’s like something from another dimension where things just aren’t funny. Now it is my pleasure to present to you… “Suitcase Boy”.

Others fired without very interesting stories behind them, other than the fact they just weren’t ready, were Ben Stiller and Sarah Silverman. In Silverman’s case, “SNL” creator Lorne Michaels even said in the late-2000’s, “Now she would’ve been ready to be a cast member.” Stiller was more of cast member during his stint at “SNL”, while Silverman was in the writer’s room but can be seen popping up in some skits, like in Adam Sandler’s “Lunch Lady Land”. Silverman, who confessed to being a life-long bed wetter, claimed that getting fired from “SNL” was the last time she wet her bed. Turns out that getting fired from “SNL” was good for her in more ways than one.

The audition process at “SNL” has been known to be especially grueling for many actors and actresses who don’t make the cut but later went on to achieve stardom. The list is long of those who come back to host, but a few that did include Jim Carrey (one of the best episodes ever), Steve Carrell (his wife was cast over him), Louis C.K. (really not an actor), Kevin Hart (shocking he never got cast), John Goodman (has hosted 13 times, so he’s got a bigger “best of sketch” list than most cast members), and Geena Davis (there’s no crying in casting… okay, there is a lot of crying in casting). Now with Pee Wee’s Big Holiday coming out, can we please get Paul Reubens to host?

Larry David’s episode will air on February 6. Look out for the obligatory Bernie Sanders continuation sketch. Until then, check out the last one!