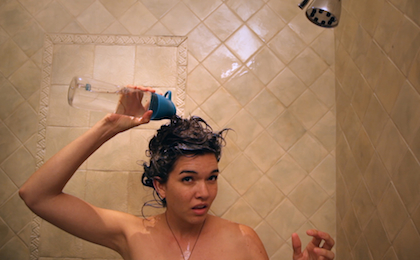 Concerned about California’s water drought? Then you should get involved with DIGDEEP’s #4Liters Challenge!

I’m sure you guys all remember how fast the ALS Ice Bucket Challenge took over social media just a few months ago. EVERYONE was getting involved, even some of our most favorite celebrities. DIGDEEP’s #4Liters campaign dares participants to live on just 4 liters of water (that’s the equivalent of four 1-liter soda bottles!) for 24 hours. Some celebrities that are getting involved this year include David Henrie, Drake Bell, Lamorne Morris, Gina Rodriguez, and James Scott. DIGDEEP’s 2nd #4Liters Challenge kicks off TODAY, and here’s how you can participate:

Sign up at 4liters.org and use just four liters of water for an entire day’s worth of drinking, cooking, cleaning, and bathing. During the challenge, you are urged to share funny, difficult, and inspiring moments via videos, photos, and tweets on your social networks with the hashtag #4Liters. You earn the right to challenge four of your friends to take over, once you have finished your 24 hours. Participants are asked to raise $40 during the challenge, and 100% of the proceeds will be sent to water access projects in South Sudan, Cameroon, and the U.S. 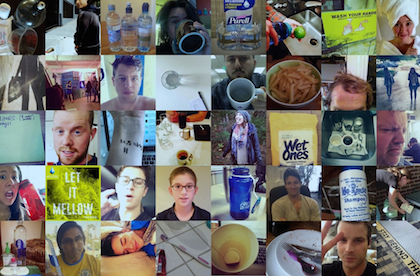 The main goal of #4Liters is to give Americans and their social communities a new and very real insight into the value of water that we take for granted. The average American uses more than 400 liters (105 gal) of water at home every day (crazy!) – the highest water consumption rate in the world. DIGDEEP aims to bring awareness to the hardships faced by those without reliable access to water.

Last year during the first #4Liters Challenge, the campaign united more than 600 people from six countries! Who wouldn’t want to get involved with this?!

The #4Liters Challenge can be followed on Twitter, with #4Liters, and via live stream at 4Liters.org.

Boost your karma and help build awareness and raise funds for this awesome campaign. And don’t forget your hashtag!