Kiernan Shipka Set To Cast a Spell On Us In "Riverdale" Spinoff, "The Chilling Adventures of Sabrina"! 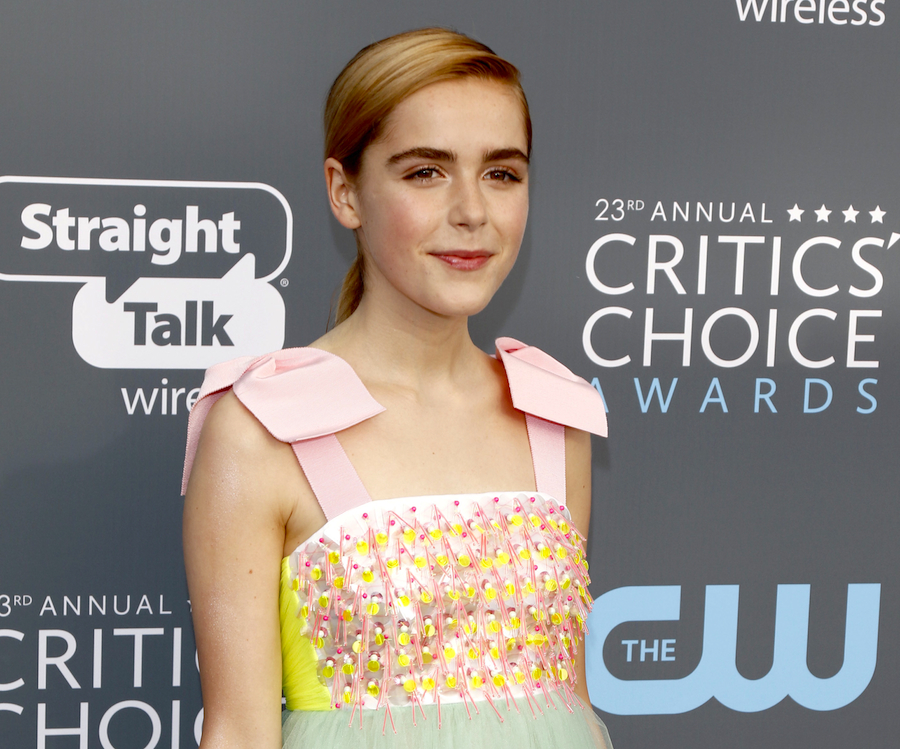 As previously reported, “Riverdale” is getting a spinoff to establish a shared universe. While the Archie Comics-inspired show with a dark edge currently airs on The CW (in case you didn't know), it seems its spinoff “The Chilling Adventures of Sabrina” will be on Netflix. The Sabrina the Teenage Witch comics which this incarnation of “Sabrina” is based on includes such topics as Satanism, magical date rape, insanity, and other dark plotlines that will surely separate this show from its ABC Friday night family predecessor starring Melissa Joan Hart from the '90s. But like the original, a young blonde actress had to be cast and Netflix finally just did that by nabbing Kiernan Shipka, who is best known for growing up before our eyes on AMC's “Mad Men”.

It’s exciting to see Netflix go with this choice of casting. Not only did Shipka showcase she has talent at an early age, but now that she’s 18, she’s looking even more promising since there really hasn’t been a bad thing written about her. Usually there’s at least a DUI arrest, manslaughter, or a party-destroying cop call at this point, but not for this young lady <knock on wood!>. I’ve actually seen her around Los Angeles every time I’ve been to a certain coffee shop which I will not name, but it’s safe to say she’s very well-liked there and she seems pleasant, which can't hurt, right?

Since "Mad Men", Kiernan has showed off her chops in roles in other high-profile projects like the 2014 remake of Flowers In The Attic, "Unbreakable Kimmy Schmidt", The Blackcoat's Daughter, Bette Davis's daughter in Ryan Murphy's "Feud", and even a voice-acting gig in "The Legend of Korra".

Other casting news has not been announced but we do know for certain that the show is looking to fill roles for Sabrina’s two aunts, Hilda and Zelda, Sabrina’s love interest Harvey Kinkle, her best friend Rosalind, and a cousin character not seen in the previous TV show named Ambrose. While there are no leads on who has been cast, it has been said that the casting directors from “Arrow”, “The Flash”, and, of course, “Riverdale”, David Rapaport and Lyndsey Baldasare, are currently on the case of casting “Sabrina”, which suggests that we can expect a mix of older, more established actors mixed with some fresh new faces!