Key & Peele Take On The "Big Game" This Sunday As Classic Skit Characters! 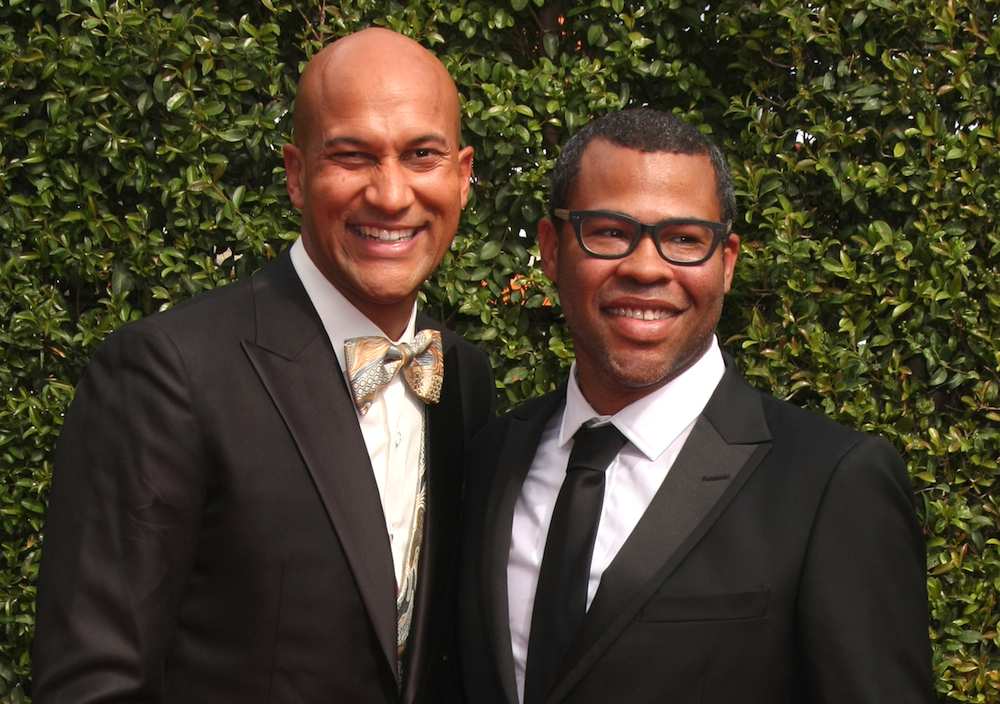 Keegan-Michael Key and Jordan Peele may have ended their hit Comedy Central sketch show last year, but their characters will definitely live on. No, not in some lame cosmic or metaphorical sense, but in a legit flesh-and-blood way! This Sunday on Squarespace.com, Key and Peele will give commentary on Sunday’s “Big Game” as their characters Lee and Morris. This sounds fun and all, but there is something even more ridiculous about this...

You may have noticed before that I put “Big Game” in parenthesis and said, literally, nothing about the Super Bowl this Sunday. I can assure you that this “Big Game” I refer to is Super Bowl 50, but Key and Peele are doing this commentary completely unauthorized, so they can’t legally call it the Super Bowl, nor reference anything about the NFL (like team names) or even say "football" as one word. But why hear it from me? Take a lesson in making illegal commentating legal from the men of the Sunday hour themselves as they break it down for you:

That’s ridiculous! Sounds right up anybody’s alley, whether they like football or not. Let’s face it, not everybody’s team makes it to the Super Bowl so people don’t really watch the Super Bowl if their team isn’t in it. It’s more like a Thanksgiving you have with friends in the middle of winter… a “Friendsgiving for the win…TER!” And with the way us millennials are about giving everybody a trophy (I got one last week for showing up to work only 17 minutes late), it’s only a few more years until the Lombardi trophy is broken apart and given to every team each year.

I digress and will tell you that having such a hilarious, completely unauthorized and out of sorts commentary by Key and Peele will be a masterpiece for any fan or non-fan. What’s great about this too is that this job for the comedic duo comes up as the two are starting promotion for their upcoming film Keanu, about a man’s kitten getting cat-napped by violent gangsters, prompting him and his idiot friend to dive head first into the local trap houses to uncover the missing feline. Take a look at the only verison of the trailer available, the explicit red band trailer (NSFW, obvs):

Funny stuff, and there is no way I could see anything less coming from the two in their feature film debut. With a movie like this, it almost seems like they should be doing the Puppy Bowl this weekend instead.

Keanu drops on April 29, but until then, watch as Key and Peele give an almost completely legal commentary of the “Big Game” this weekend and see if they mess up and say “football” as one word!