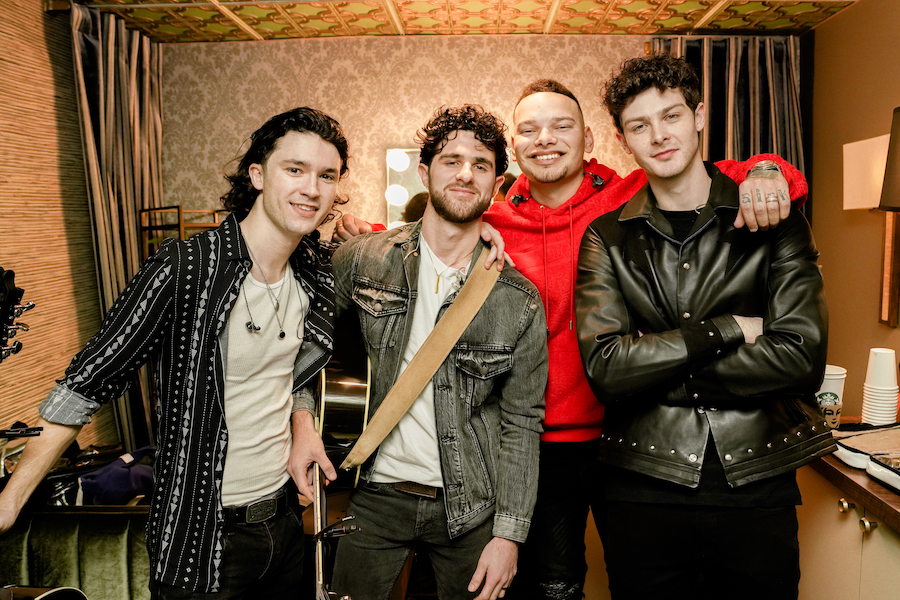 Country music fans, it’s a great day to be alive.

Our boo,Kane Brown (yes, we’ve been majorfans of him since Day 1), recently signed a new band,Restless Road, to his label and they’re INCREDIBLE.

The announcement of the signing was in perfect timing, because Restless Road just released their self-titled EP. Kane is featured on their song “Take Me Home” and all of their voices are straight butter.

Along with the extremely smooth and angelic voices, they’re very talented and also really easy to look at. Sign. Us. Up.

The story of Kane and the guys of Restless Road is equally amazing – Kane and two of the band members, Zach Beeken andColton Pack, initially met on “X Factor USA” Season 3. They were all eliminated as solo artists, but don’t worry, their story clearly doesn’t end there.

Zach and Colton then met the third member of Restless Road, Andrew Scholz, and competed on the show again, placing fourth in the finale. Time passed and Andrew left, which made room for Garrett Nichols in 2015. Colton’s cover of Kane’s song “Good as You” caught Kane’s attention! So much so, Kane invited Restless Road to join him on his world tour and now signed them to his label!

Talk about FULL CIRCLE. Everything happens for a reason. We love that.

Check out their music video for "Take Me Home" feat. Kane below, as well as the other songs on the EP!

If you want to get to know the guys of Restless Road even better, stalk them below!

What do you think about our new favorite country band?!

Tweet/DM us, we’d love to know: