Just "Wait" Til You See How Maroon 5 Filmed Their Latest Music Video! 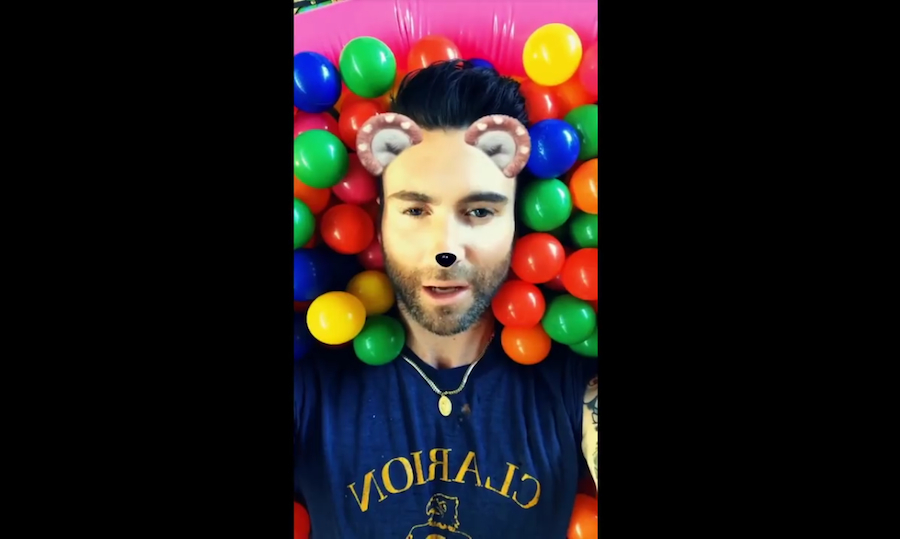 Everyone usually expects a superstar musician's next music video to be lavish, shot with a huge camera crew, lighting, a fancy set, the works. That is definitely not the case with Maroon 5’s music video for their newest single “Wait”. They decided to take a different approach this time around, and it might be the most relatable, and possibly the cutest, video ever...

The music video for “Wait” was shot in a totally unique way -- using different Snapchat filters by Adam Levine himself, using the front-facing camera on his phone and going through many different filters while singing along to the song... Almost like a longform musical.ly!

He didn’t even need a set for this music video! He filmed it right at his house, with his Victoria's Secret Model wife, Behati Prinsloo making a few special guest appearances! Even their dog decided to make a cameo as well. Walking around his house filming in different locations, one seems to be something like a ball pit! Probably just a play pen for his 1-year-old daughter, but it sure looks like fun!

Check out the clip below!