Judd Apatow's 'Trainwreck' is Anything But 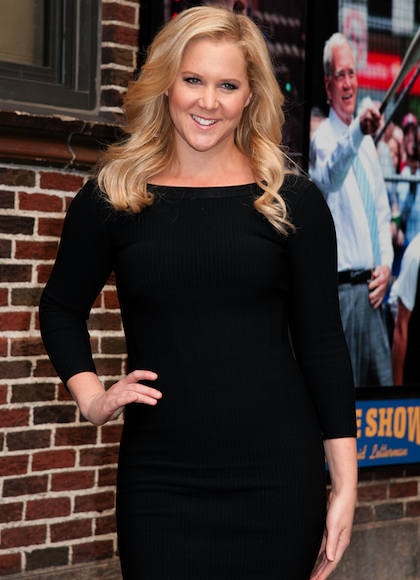 SXSW saw the premieres of many upcoming movies, and one movie in particular that made a lot of noise was Judd Apatow’s latest directorial effort called Trainwreck starring Bill Hader and “Inside Amy Schumer” star, Amy Schumer. The response has been tremendous, and not just coming from critics, but, more importantly, fellow comedians.

When it comes to a movie like this, I feel like we can really only listen to comedians for reviews (though good reviews from critics are cool too). Why is this important? Well, it means that Apatow is still on fire, Hader is steadily climbing the mountain of stardom, and Schumer is showing that she is more than just a stand-up with a hilarious sketch show on Comedy Central -- she is actually quite capable of carrying a starring role in a feature film, as well as write it.

In Trainwreck, Schumer plays a character named Amy, who, at a young age, didn’t have the best role models for monogamist relationships. So, she grows up to be a promiscuous woman, who isn’t keen on spending the entire night with her suitors. She meets Hader’s character Aaron for an assignment, which leads to some sex, and, Aaron, being a rational human being, tries asking Amy out. Amy has it in her mind that she can’t get rid of him because of her fear of commitment. On paper, it doesn’t sound like the most exciting concept, but that’s what God invented trailers for:

Pretty funny stuff, right? And Lebron James plays Lebron James? I want to see what that’s all about. Assuming this all goes well, it’s only going to do wonders for Schumer’s career. People have known for some time now that she is a funny stand-up comedienne, who can also be funny in sketches, but playing a character through out a whole movie (even if it is based on yourself) is a whole different ball game. This will undoubtably lead to more movie roles and always the possibility of Schumer having her own serialized television show. (Apatow has been making a lot moves with Netflix to help his friends get things made lately... hint hint!) Once Trainwreck hits theaters on July 17, look out for this smart-mouthed Jewish woman to make some big moves in the near future. Until then, I urge you to check out her show “Inside Amy Schumer” on Comedy Central, and will leave you with one of my favorite sketches from the show: