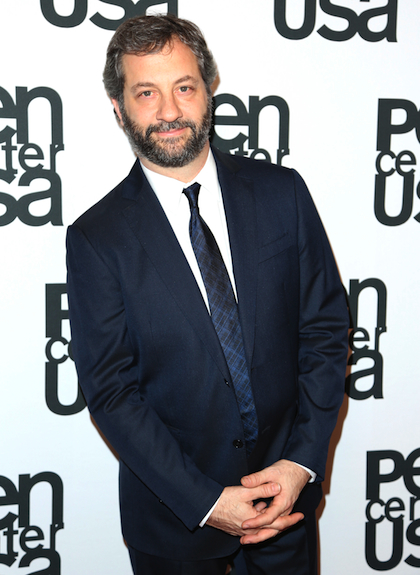 Comedic writer, director, producer, self-proclaimed failed stand-up comedian, and occasional cameo actor, Judd Apatow is finally getting his work recognized by “The Simpsons”. A script that he wrote 25 years ago while trying to get a job on the show is finally going to be produced and aired. How is that if he wrote the script for the show so long that it is only being made now?

When Apatow was 22, he wrote what is called a spec script for the show, which, for those who don't know, is a script for a show that a writer would like to write for. Sometimes people send in their scripts for different shows to a show with a similar feel to it, and sometimes people make up their own pilots and send it to a show. (“Mad Men” creator Matthew Weiner originally wrote the pilot for “Mad Men” to get a job on “The Sopranos”.)

So, Apatow did just that and wrote a spec script for “The Simpsons” entitled “Bart’s New Friend”, but when he sent the script in, he didn’t hear anything back… until 2012. Apatow told TV Guide waaaaaaaay ahead of time that his thought-to-be-long-lost-in-the-mailroom script will finally air, and now it is. The episode’s plot sounds pretty classic “Simpsons”, as it follows the basic idea of Homer being hypnotized into thinking he’s 10 years old, becomes friends with Bart (which makes total sense), and then refuses to grow up. I can’t believe “The Simpsons” DIDN'T do it already!

Now that Apatow’s script is guaranteed to be made, he will complete his life-long(?) dream and join his good friends and protégés, Seth Rogen and Evan Goldberg, as a credited writer for “The Simpsons”. If you notice in the short clip below, Apatow has already made a token cameo appearance on the show alongside Rogen:

Tune in to watch the episode and see if Judd Apatow makes another cameo appearance on Sunday, January 11, at 8pm on Fox. Better late than never, eh?