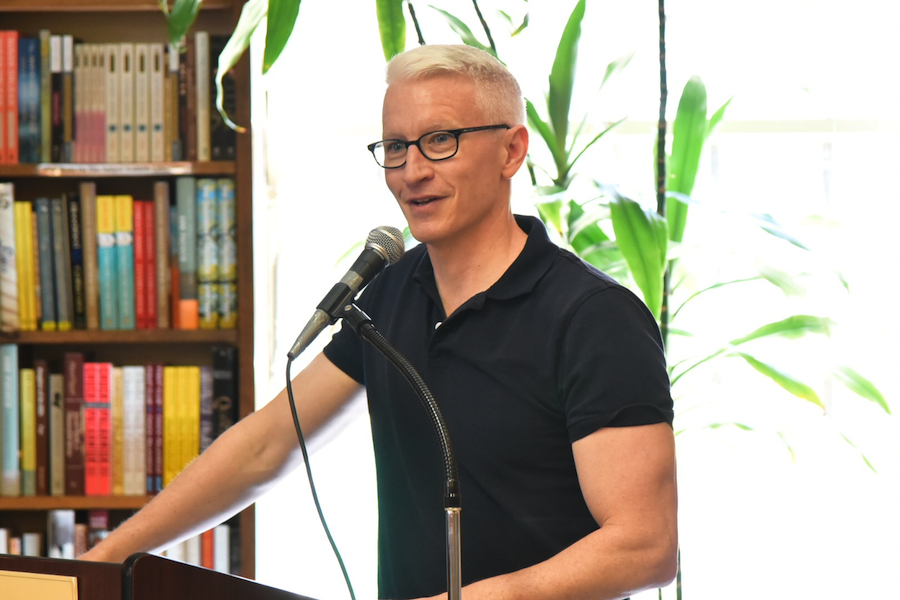 With election season in full swing, it seems you can’t swing a dead cat without hitting a story about presidential candidates Hillary Clinton and Donald Trump. While many TV journalists simply treat the election as a horse race or a series of seemingly meaningless scandals, there are a few bright spots in the televised news landscape who are voicing concern on the issues that we Millennials find most important. These individuals deserve to be recognized for their efforts, so if you're a member of the younger generation looking for voice in the journalism community, we recommend that you seek out the following:

No list of competent journalists would be complete without Anderson Cooper, the silver fox who isn’t afraid to push boundaries or ask the questions that make people squirm. In fact, even Donald Trump isn’t pleased with the idea of Cooper moderating one of the presidential debates because he believes he’ll be unfair and biased. When a presidential candidate is hesitant about a moderator, that’s when you know that they won't be holding anything back!

It’s also refreshing to see Cooper’s advocacy for the LGBT community, like when he recently went toe-to-toe with Florida Attorney General Pam Bondi.

Jorge Ramos may have a name that is not immediately recognizable to many people, but he certainly has had some memorable footnotes in history, especially the time when he didn’t sit down at a Trump rally and got ejected.

Ramos brings a keen perspective on the immigration issue since he himself was born in Mexico. While many journalists just treat immigration as another topic, Ramos is able to make it feel more personal since he connects to that audience on a deeper level. The journalist is also known as “The Walter Cronkite of Latino America”, which is quite a distinction in itself.

The final journalist in my trifecta is Ashleigh Banfield, the outspoken host of  “Legal View”, a show that was on CNN until very recently when the Canadian-American journalist announced that she would be hopping over to host a social commentary (yassss) program on HLN.

Banfield always brings a female empowerment perspective to her show, such as when she epically tore into a judge for inappropriate comments during a sexual assault case.

Overall, there are some journalists out there who are fighting the good fight. LGBT advocacy, immigration, and women’s rights are the three of the biggest issues affecting Millennials today, and we need this trio of journalists to make sure that those issues are not ignored!