John Oliver: Changing The World One Very Well-Researched Comedy Segment at a Time! 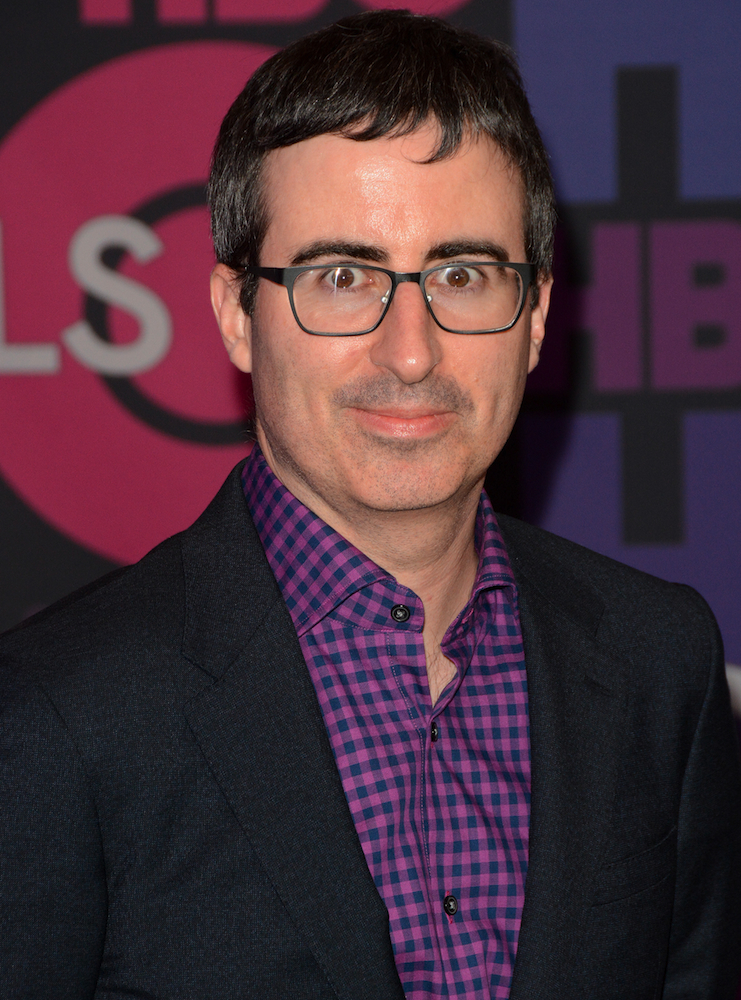 It’s been a long time since we here in America dumped a bunch of Great Britain’s tea, signed a big document, and did some other stuff in order to out from under British control. Today, though, it looks almost like maybe we should reconsider. That’s right, I said it. I think we could do well from some British authority right now. My strongest case? Television. And no, I'm not JUST referring to all the British TV shows we've adapted here in the States (though that is definitely something to consider). I'm speaking primarily about British comedian John Oliver. He sits behind a desk every Sunday night and tells us what’s up with America and how we can fix it. On television and YouTube, his ideas seem like that could work, but how do we really know for sure? Well, recently, Judge Marsha S. Berzon gave a new ruling and directly sighted Oliver and his HBO comedy news program "Last Week Tonight".

Her case alleged that the Guamanian government had withheld tax refunds in order to deal with their budget crisis. Later, they paid the tax refunds back but not in a very classy manner, as the poorest citizens were put at an extremely low priority. Berzon agreed that the government of Guam was at fault. Part of the issue with this is that Guam and its citizens are considered to be American citizens, but do not possess a lot of the same constitutional rights that we do. The reason behind it came in a case from 1901 called the “Insular Cases” that posited that the residents of territories like Guam and Puerto Rico are “alien races” who can’t understand “Anglo-Saxon principles”, thus do not deserve the same rights as you and me. However, in this past election, Guam turned out a 67% voting margin versus us in America at 61%. They even have an overwhelming amount of soldiers in the U.S. armed forces.

In a footnote by Berzon for her case, she wrote:

Because the Taxpayers relied on this statutory equal protection guarantee, we express no view as to the direct applicability of constitutional equal protection....We do note, however, that the so-called “Insular Cases,” which established a less-than-complete application of the Constitution in some U.S. territories, has been the subject of extensive judicial, academic, and popular criticism. See, e.g., Juan Torruella, The Insular Cases: The Establishment of a Regime of Political Apartheid, 77 Rev. Jur. U.P.R. 1 (2008); Last Week Tonight with John Oliver: U.S. Territories, Youtube (Mar. 8, 2015), https://www.youtube.com/watch?v=CesHr99ezWE

That’s right… it even had the YouTube link at the bottom. Crazy! But what Oliver pointed out recently (despite his show only airing once a week) really had an effect on Judge Berzon. She stated that her case didn’t directly deal with getting rid of the “Insular Cases”, or dealing with them in a fairer way, but she did acknowledge that her case and “Last Week Tonight” did open up the debate again, as it has been long lost. I mean, I never heard about this. I never learned about it in history class. Did you? Leave it to an Englishman to point out things that Americans should already be aware of about their own country, go figure. Berzon went on to say that Oliver is a great example about a popular opinion that is making things like this Guam inequality known.

And this isn't even the first time that a segment on Oliver's show has incited a move for change. After a piece on net neutrality last summer, viewers actually crashed the FCC website. After an in-depth expose on the distribution of scholarship funds from Miss America and naming other scholarship funds more deserving of your money, The Society of Women Engineers experienced a significant spike in donations. And just within the last couple weeks, after airing a segment about tax exemptions for super-rich televangelists (and even starting his own "religion" in the process), the IRS is considering cracking down on these abuses of practice. Wow!

My opinion of Oliver? He certainly does make a good case for us to be under British rule again, as well as making all of this legal mumbo jumbo super easy to understand: