John Mayer Is Here To Beat Your Sunday Scaries With His Instagram Talk Show "Current Mood"! 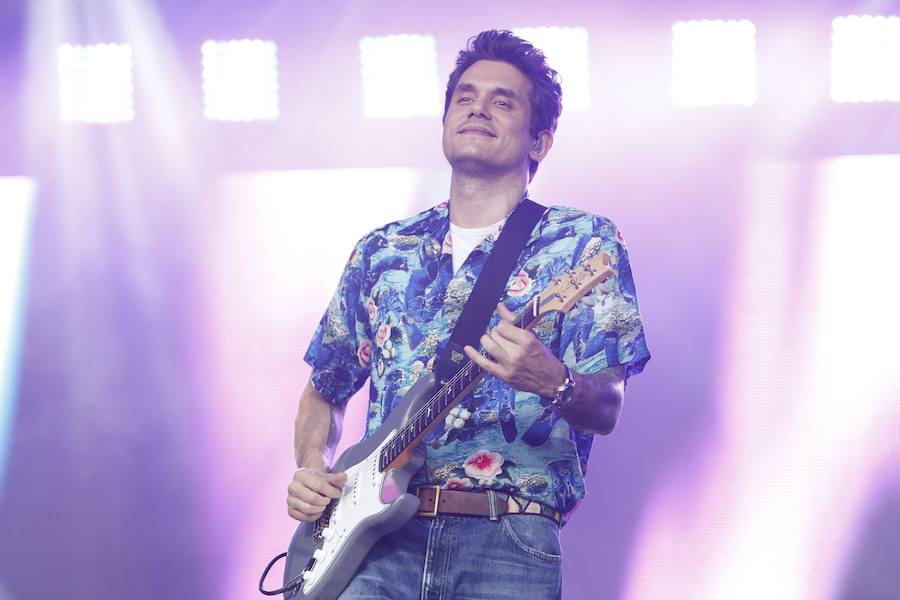 John Mayer is revolutionizing the television industry. It started out slowly, and maybe you never even noticed, but John Mayer has created an entire talk show all inside his Instagram stories. Last Sunday, the first episode of his self-proclaimed series, "Current Mood", aired amongst the mish-mash of other friend and celebrity updates on our Insta feeds, and it was magical. He set out on a mission to ward off the Sunday Scaries with some Q&As, introspective ponderings, and surprise guests, and he certainly succeeded.

Mayer is sparing no expense for his new show. He procured a backdrop set from Amazon and painstakingly glued stuffed animals to it to brighten up the background; he sat at a desk that doubled as an electronic keyboard; and he went to the effort to pre-type out questions from fans on beautiful blue note cards. It seems to me that John Mayer is already a pro TV show host.

In the first official episode (he has been posting his daily thoughts to Instagram for some time now), John shocked viewers when he invitedAndy Cohen to join him for an interview over his own Instagram Live and delighted us with a live show of his musical stylings. There was singing, deep thinking, celebrity news, and John’s repeated attempts to gain some major sponsors through his advertisements.

18,000 people tuned in to Sunday’s premiere (and that’s just what I saw until my phone froze), and for 44 minutes on that sad Sunday, we were happy. Unfortunately, John is busy this Sunday, but he has promised that "Current Mood" will return on October 14, so make sure you tune in to a phone screen near you!

Also, if you’re new to the wonder of John Mayer’s Instagram, please make sure to watch his story highlight titled "Smoky Eye", it is true comedy genius.