ICYMI: John Legend Christmas Special Is Poised To Be a Holiday Classic! 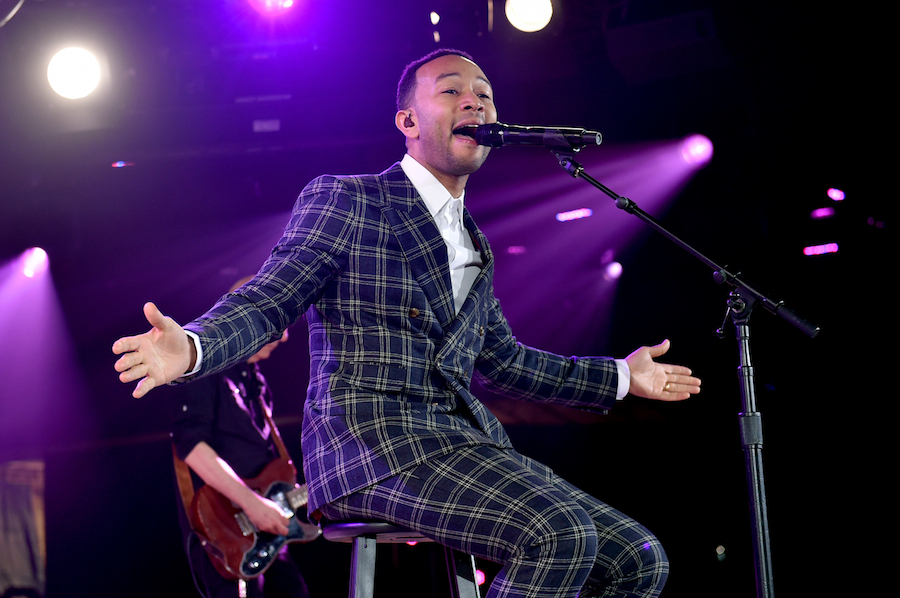 Okay, so I know we’re all already listening to John Legend’s Christmas album, A Legendary Christmas. I mean, for goodness sake, the man released it before we even hit Halloween, and now that the holidays are in FULL swing, how could we not be listening?

And I know we’re ALL excited to see him perform the new album on his Legendary Christmas Tour, which began this week. But everybody loves a good Christmas special, right? Well, it looks like John will be gifting that to us this year too, with help from his LEGENDARY wife, Chrissy Teigen. (Sorry, I’m gonna keep making the Legendary puns, I can’t resist.)

"A Legendary Christmas with John and Chrissy" is exactly what the title suggests -- it will be a *legendary* Christmas celebration with Hollywood’s favorite power couple, John Legend and Chrissy Teigen.

Joining the party with John and Chrissy will be many of your Hollywood favorites. It was previously announced that Stevie Wonder, Kenan Thompson, Zach Galifianakis, Jane Lynch, Darren Criss, Meghan Trainor, Raphael Saadiq, and the Fab Five from “Queer Eye” (Antoni Porowski, Tan France, Karamo Brown, Bobby Berk, and Jonathan Van Ness) would all be making appearances throughout the special, but NOW, even MORE guests are coming along!

In the hour-long Christmas special, our favorite couple will go "surprise caroling", going door-to-door in Los Angeles with Lynch, Criss, Trainor, and Saadiq singing Christmas carols. This is probably where we’ll run into all of our celebrity guests, opening their doors to listen to our group sing some sweet holiday tunes. So, expect lots of celebs, lots of performances, and lots of Christmas cheer!

To prep for what’s sure to be an amazing Christmas special, be sure to listen to John’s new album A Legendary Christmas, and buy tickets to his tour here!

"A Legendary Christmas with John and Chrissy" airs Wednesday, November 28, at 10pm on NBC, with a special repeat on Wednesday, December 12 at 10pm.