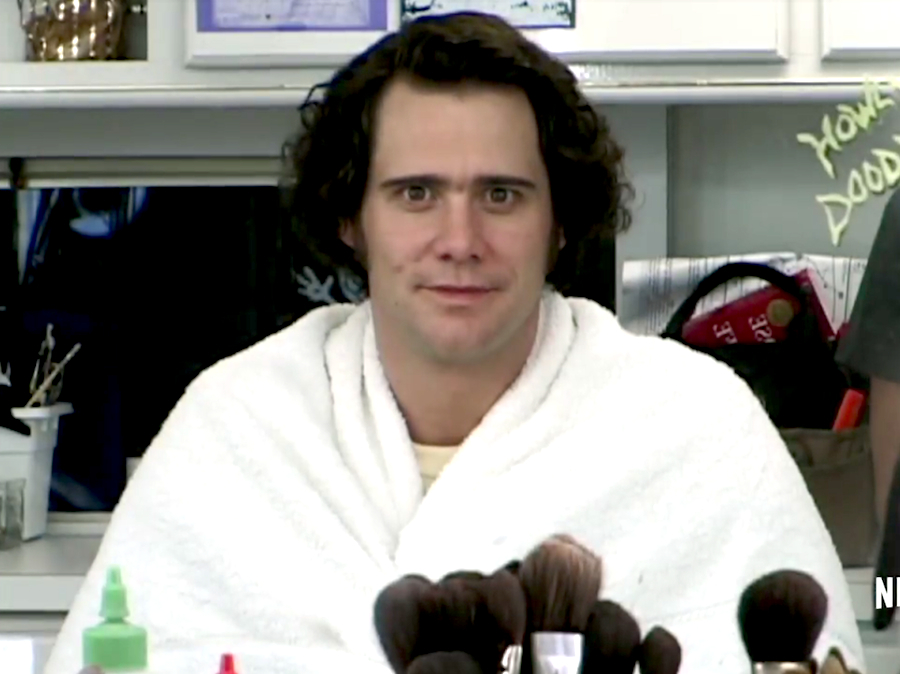 Back in 1999, there were two things I didn’t particularly care for: Jim Carrey and Andy Kaufman. So why, oh why, would I bother seeing a movie like Man on the Moon, starring Carrey playing Kaufman?

The Oscar-winning Czech director only has a handful of credits to his name, but he’s made each and every one of them count. His big break-through was 1975’s One Flew Over the Cuckoo’s Nest, and his resume also boasts Amadeus, The People vs Larry Flynt, and Goya’s Ghosts. Sitting snug between those last two was Man on the Moon, a quirky biopic depicting the equally quirky life of late comedian and performance artist Andy Kaufman, and was one of Jim Carrey’s first truly dramatic roles, and he received the Golden Globe for his efforts.

Indeed, Carrey’s complete transformation into Kaufman is the stuff Hollywood legend is made of. It was the first movie of his I watched where I did not see “Jim Carrey” anymore. He became so lost in the role himself that I got lost with him. Which is honestly the primary goal of ANY actor, and yet so few seem to truly achieve it. Rumors swirled for years about Carrey’s on-set antics, mirroring Kaufman’s obsessive need to “stay in character” at all times, no matter what or how extreme.

Now, almost 20 years later, we have video proof! As it turns out, TONS of behind the scenes footage was filmed for the movie, but Universal refused to release it because they were afraid it would reflect badly on Carrey. But now the veil has been lifted, thanks to the upcoming Netflix documentary Jim & Andy: The Great Beyond. Check out the trailer below!

So, clearly, this doc focuses on Carrey, his career, background, and talents and how those things all came to a head on the set of this movie. I’m curious, though, to see how director Foreman was able to reign this madness in (if at all -- there's a clip in the trailer where Milos actually refers to Carrey as "Andy"). As I stated at the beginning of this article, the subject matter nor its star were appealing to me, and yet this was and remains one of my favorite movies of all time. How much of that was due to Foreman, and how much was due to Carrey? That’s the question I always ask myself about this movie, and hopefully this doc can shed some light on it. Perhaps it was a miraculous combination of both – two out-of-this-world talents coming together in the right place and the right time to completely rock my cinematic socks!

Jim & Andy: The Great Beyond will be available on Netflix on November 17.