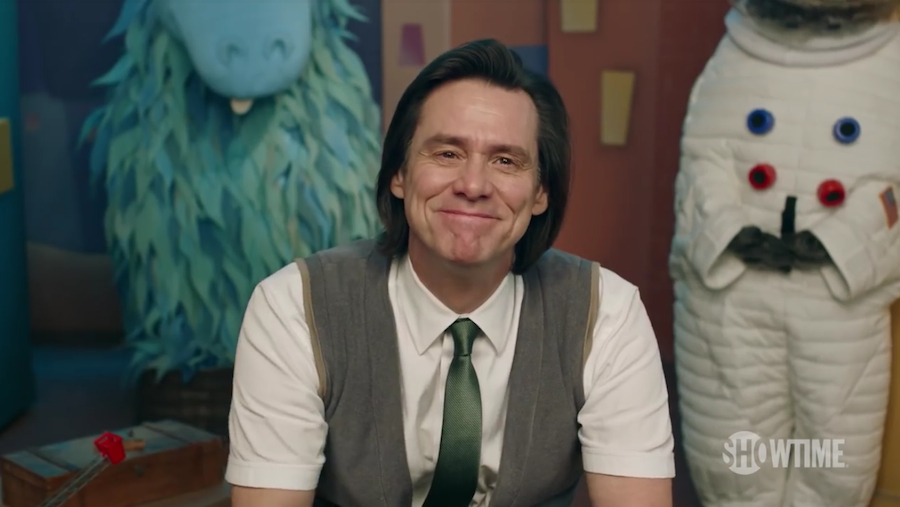 Everyday, the world of showbiz continues to introduce new stars into the fold which casts a shadow over others and even sees them cast out of the spotlight. But for the true performer, this never lasts long, as one thing is known for sure: Hollywood loves a comeback story. And the latest icon to crawl back up from the depths is Jim Carrey.

Carrey has become a household name since the comedic actor made the jump from his weekly TV showcase on "In Living Color" to breakout star, consistently putting out hits like Dumb and Dumber, The Mask, and Ace Ventura. Since then, he has seen his share of ups and downs as every star of Tinseltown goes through during their run at stardom. Now, Carrey looks to make his comeback in a brand new series set to premiere on Showtime this Sunday, very appropriately titled "Kidding".

"Kidding" follows an icon of children’s television named Mr. Pickles, a character meant to resemble Mr. Rogers, who is a beacon of kindness and wisdom to America’s impressionable young minds and the parents who grew up with him. The children's program is also a multi-million dollar franchise. Things seems great for the icon until his life behind the camera begins to unravel. This results in a kind man facing a slow leak of sanity which becomes as hilarious as it is heartbreaking. The series also stars Catherine Keener, Judy Greer, and Frank Langella, and will see the Carrey re-team with director Michael Gondry, with whom the two collaborated on one of the famed actor's best performances to date in Eternal Sunshine of the Spotless Mind.

This is not Showtime’s first run with Carrey, as he has also worked on "I’m Dying up Here", which is about comedians in the '70s. Carrey is the executive producer on the series and is very proud of it.

Carrey’s show "Kidding" will see the actor go all in to become the character, something he is notoriously known for doing, even if it comes at the expense of the sanity of those around him. The actor has been known to go very Method, and his personification of his characters is nothing short of surreal. Carrey’s dedication to his performance as Andy Kauffman in Man on the Moon is a true indicator that Showtime subscribers will be not be disappointed when the show airs in early September. Man on the Moon, along with Eternal Sunshine, are amazing films with Hall of Fame-level performances from the actor. There is a constant struggle that exists for actors to fully embody their roles and also maintain their sanity throughout. Carrey has proven he can walk the edge without even blinking. On thing is for sure -- the man is as fearless as he is hilarious.

"Kidding" will be Carrey’s first step back into the spotlight since his so-called hiatus. Most recently, he has become a very prevalent political cartoonist, taking out his frustrations on the White House with art instead of words. And while this seems like your run-of the mill Hollywood comeback story, the comedian would beg to differ. As he stated to The Hollywood Reporter, “I’m not back in the same way.” Fans will get to see a brand new Carrey as Showtime attempts to take the wild comedic actor and put him through a dramatic back and forth that isn’t very different from his real life struggles.