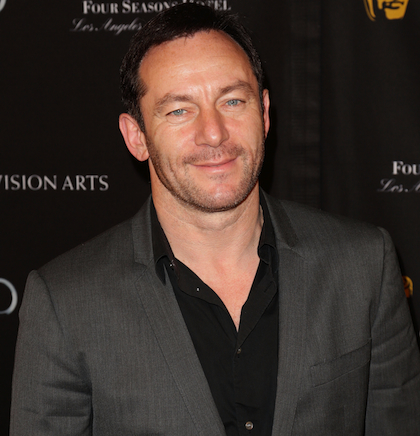 Almost a year ago to the day, I first told y’all about the then-new NBC series “Awake” and even posted a sneak peek of the pilot episode for you to check out before the official premiere (you’re welcome). The show starred one of my favorite actors, Jason Isaacs, so I was quite happy to give all the support possible to an incredibly high-concept and ambitious show, about a man who straddles two realities of his life after a fatal car accident.

Regrettably, the show was cancelled after the first season… BECAUSE YOU PEOPLE WOULDN’T WATCH IT!!! … Ahem, sorry about that. But seriously, though, the critics loved it, and so did I, but it just wasn’t pulling in the numbers that the network was looking for. C’est la vie in the world of television I guess.

But now! I am thrilled to announce that Isaacs will soon be returning to American TV once more, as it’s just been reported that he has been cast in the principle role in a new medical drama entitled “The Surgeon General” for CBS.

Okay, so, yeah… Medical shows = Big yawner in my book, and they are a dime a dozen these days. But on a more objective note, they have been rather hit-and-miss as of late. No less than THREE new medical dramas came and quickly went this past season (“The Mob Doctor”, “Emily Owens M.D.”, and “Do No Harm”), and the upcoming Alfred Molina-starrer, “Monday Mornings”, may very well experience the same fate. “The Surgeon General” apparently focuses on a powerful doctor (played by Isaacs) and his brushes with politics and Big Business in order to provide the most efficient and highest-quality care for his patients. This is definitely an angle that’s not been explored before, and it’s certainly relevant to today’s healthcare debates. If the writing is good enough, and if Isaacs just shows up and does his thing, this one might have a shot!

What do you think? Does “The Surgeon General” sound like something you’d tune in to watch?