Japan Getting Back to Monster Movie Basics with 'Godzilla: Resurgence'! 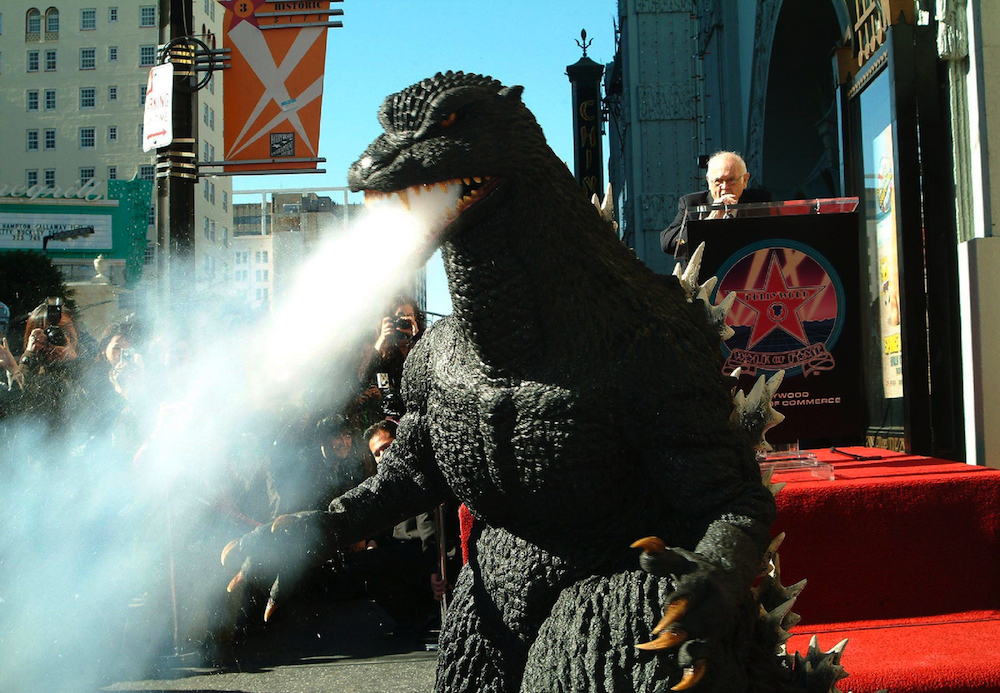 It’s no secret that Japan has not been too keen on any of the Americanized versions of Godzilla, so would it be at all a surprise that, after last year’s Godzilla with Bryan Cranston was released, Japan went to work in making another entry in the franchise? Obviously the answer is no, because why else would I be writing about this right now?

The new Japanese Godzilla film has a fitting title -- Godzilla: Resurgence. (Keep in mind, it’s been 11 years since the legendary Japanese studio Toho has brought this gigantic scaly creature to the big screen.) So far, the Internet is buzzing with the news about this resurgence (wrote that on purpose). A poster has been revealed along with a teaser trailer.

First, let’s talk about the poster and its exercise in making simplicity alarmingly ghastly -- At first glimpse, it may look like there is not much to it, but there’s something unsettling about this poster. It’s already succeeding in where both American versions have failed in that’s in keeping with the traditional look of Godzilla, but also making it actually terrifyingly real-looking and menacing. But now I’m sure you’re looking to see this teaser trailer:

Once again, they’re hitting simplicity, but there’s something about this that feels different than a lot of the previous Godzilla entries. First off, the most obvious is that it looks like it is a found footage film, and Godzilla doesn’t even appear in any of the frames, which harkens back to another monster movie called Cloverfield. What this trailer captures -- which not only the last few Godzilla’s neglected to do, but other recent monster movies have as well -- is the fact that these movies are originally about people running away in fear. They’ve definitely captured that here by literally showing you that.

There is apparently an active choice behind doing this too. Japan also hasn’t made a scary Godzilla movie in sometime. In fact, many of the Godzilla films have been somewhat happy, upbeat, and even campy. Toho released a statement about this and discussed that the world has changed a lot lately. With all the terrorist attacks and other crazy events over the past few years, it’s hard to ignore the fact that chaos is around us all the time, so they want to bring Godzilla back to its roots of disarray. Toho also promises that this will be the most horrific Godzilla movie of all time. With all this talk and the buzz behind its promotion, it certainly looks like Resurgence is seeking to play for keeps and destroy outside Godzilla markets.

Godzilla: Resurgence is set to hit theaters in Japan on July 29, 2016. No American release date has been revealed, but with the buzz it has been getting lately, you can almost fully expect to hit theaters before 2016 is done.

And just to drive home the point made in the opening statement of this article, please watch this clip from Godzilla: Final Wars, made by Toho, where the Japanese Godzilla kills the American 1998 Godzilla (I have no need to apologize because I didn’t choose it, but please excuse the musical choice… Maybe even watch it on mute):