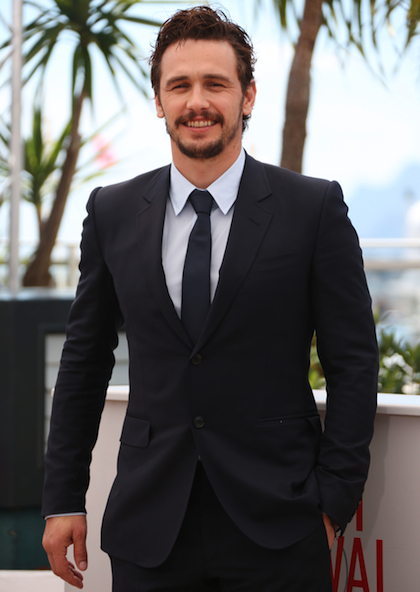 James Franco has turned to crowdsourcing for his next project, three features based on his short stories from his book Palo Alto.

Franco is seeking $500,000 to complete all three films-- he states that he isn’t really just counting on fans and investors, but he too has skin in the game contributing a healthy amount himself.

"We just need a little more help," Franco said in a video announcing the project. "I'm putting money into these projects because I believe in them and I believe in these filmmakers. These stories are very important to me and very personal." To help bring the three films (Memoria, Killing Animals, and Yosemite) to the screen, Franco said he hired his "favorite directors at NYU", Nina Ljeti, Bruce Thierry Cheung, and Gabriel Demeestere.

"This process is very exciting," Franco said about the recent shift toward using fan dollars to make films. "This is the best way to make movies. Because, in this way, the movies we want to make get made in the ways we want to make them. The only consideration is to make the best movies possible. I see these projects as great opportunities for all kinds of collaboration."

Though some frown upon millionaire celebrities who ask for a “hand-outs”, Franco has stated that any profits from Palo Alto will go to the Art of Elysium charity, a group that he has been a part of and felt strongly about for some time.

As of this writing, the Palo Alto project has raised nearly $30,000 with 30 days remaining, clearly a great start to their goal, and with good reason.

If fans choose to donate to Franco's campaign, there are some sweet perks up for grabs, including signed copies of the scripts, artwork created and autographed by Franco, and even a voicemail left on your cellphone by the man himself (which you get to script – though subject to editing if James feels it to be too inappropriate).

For more information and to contribute to the campaign, please visit their page on Indiegogo.