James Franco's Next "Disaster": 'The Room' 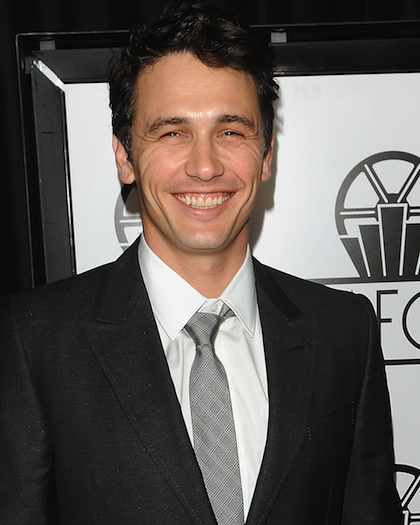 If you have never seen the deliciously absurd cult classic, The Room, I urge you to invite a group of your friends over, pop some popcorn, and watch it immediately. After viewing this insane spectacle, you must then immediately read The Disaster Artist by Greg Sestero, one of the stars of The Room, and you may begin to understand how a catastrophe of its size came about. You must do both of these things intandem because you will laugh hysterically at both the book and the film for at least a week afterwards. What I'm saying is, The Room will never not be funny.

After you have completed these tasks, then you can officially celebrate this news -- James Franco and his production company have optioned the film rights to The Disaster Artist for a movie to be co-produced by Seth Rogen’s production company which will focus on the tale of how The Room was made. I’m hoping that such gems from the book will make it into the film, such as Sestero’s cohabitation with Tommy Wiseau (The Room’s star, director, producer, and writer, who I’m certain is from another planet), Wiseau’s strange backstory (it makes most superheroes’ stories seem bland), and just how many takes it took for Wiseau to nail the line, “I did not hit her! I did not!”

There is no word on casting yet, other than the fact that Franco and his brother Dave will star. Wiseau himself is set to make a cameo as the flower shop owner (from this particularly loved scene, which will always be hysterical, no matter how many times I watch it). I’m going to guess that it will take approximately a month of shooting scenes for Wiseau to nail his four lines. Since it doesn’t sound like Wiseau will star as himself (let’s face it, if he did, we wouldn’t see this movie for at least 10 years), so could the elusive Franco be playing him? I think Franco may be the only actor out there who could aptly fill the shoes of Tommy Wiseau -- better start practicing your accent, Franco... whatever accent it actually is!