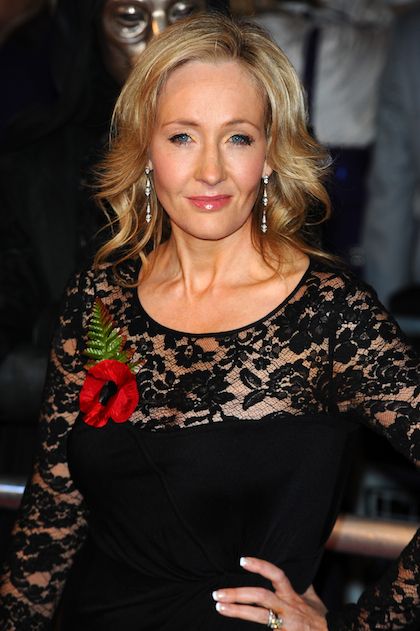 Okay, Potterheads, I have good news and some not-so great news for ya.

Good News:J.K. Rowling is penning a new film series based on the Harry Potter universe!!!!!

But before you go grabbing for the smelling salts, you should be aware of the Not-So Good News: Harry himself, nor his cohorts, will be in it.

Okay, so maybe that’s not HORRIBLE news, because I think we’ve gone about as far as we can with Harry’s story anyway. It’s time to start exploring some of those peripheral characters… In this case, a wizard named Newt Scamander.

Sharp-eyed, hardcore Potter fans will probably recognize that name right away. For those who need a refresher, remember all those wacky textbooks the kids at Hogwarts had to purchase, like The Monster Book of Monsters, The Standard Book of Spells, Advanced Potion-Making, and anything written by Gilderoy Lockhart? If so, then you probably recall another book entitled Fantastic Beasts and Where to Find Them, written by the aforementioned Mr. Scamander. It is this book-within-a-book that Rowling has been tasked for adapting into a series of screenplays! It shouldn’t be too hard either, as Rowling wrote and published an ACTUAL version of the book (under the pseudonym of Newt Scamander, of course).

Scamander had a pretty colorful life, even for a wizard! A graduate of Hogwarts (as a Hufflepuff), he spent some time in the Beast Division of the Ministry of Magic before being commissioned to write a book about magical creatures, which allowed him to travel the world and indulge in his passion for magizoology. The result, Fantastic Beasts and Where to Find Them, was published in 1927 to great success and soon became required reading for future Hogwarts students. His later exploits led him to frequently put out new editions of his magical creature tome, and he eventually spent some time as Headmaster at Hogwarts!

So, yeah, he definitely got around, and there is no shortage of material that would make for an exciting film series! And who knows, we might just run into a character or two we’re very familiar with… (For starters, his grandson married Luna Lovegood!)

The film series will be set 70 years before Harry’s birth and will start out in New York City (for some reason). Watch this space for more Potterific news!!!